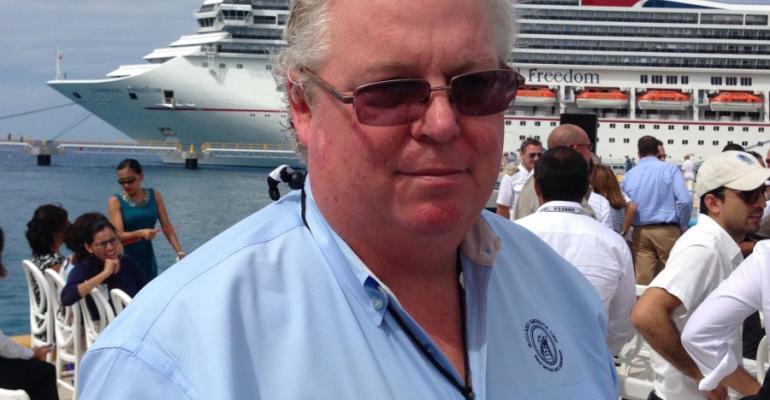 Though some Bahamas itineraries were scrambled to avoid Hurricane Joaquin, cruise line private islands and the region's most important ship repair facility made it through the potent storm all right.

'We're OK by the grace of God,' is how Matt Sams, vp Caribbean relations and private islands for the Holland America Group, put it.

Another six hours and nearby Half Moon Cay and Princess Cays would have sustained heavy damage, he said.

Joaquin originated well northeast of the Bahamas and meandered south as a tropical storm then rapidly intensified as it advanced into the island chain from the southeast. Bulked up into a major Category 4 hurricane, it lingered over the southeastern Bahamas for two days before weakening slightly and moving to the northeast, passing over Rum Cay and San Salvador.

Half Moon Cay is located slightly north on Little San Salvador, while Princess Cays is further north, at the southern tip of Eleuthera. 'It was amazing what happened to us,' Sams said—or, what didn't happen—that these islands were spared.

The first cruise ship, Carnival Pride, was back at Half Moon Cay on Thursday, less than a week later.

Disney had no itinerary changes last week following the storm, a cruise line spokeswoman said, and no calls to CocoCay were dropped due to storm damage, according to a Royal Caribbean spokeswoman.

Grand Bahama Island, where Freeport and the important Grand Bahama Shipyard are located, were unscathed.