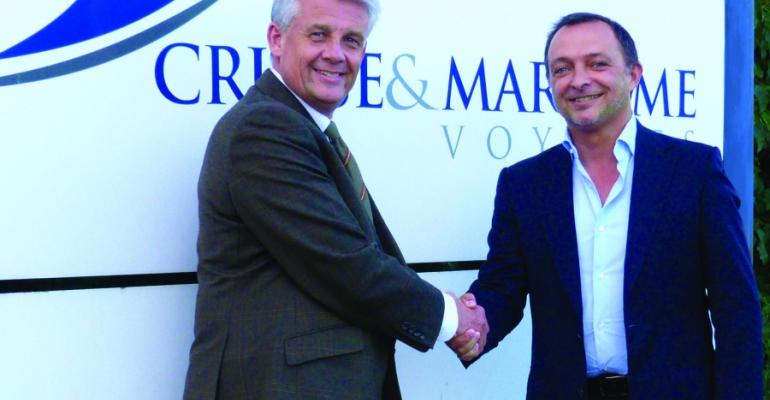 British based operator, Cruise & Maritime Voyages is adding 550 passenger Azores to its fleet in 2015.

Azores will replace Discovery as CMV’s second ex-UK cruise vessel operating alongside Marco Polo and will also be dedicated to the British and English speaking markets and positioned as an adult only product (16 years plus).

Azores will operate year round sailings commencing operations from Bristol Avonmouth on January 26, 2015 with a 30 night CMV maiden voyage to the West Indies.

The Azores has been chartered from Lisbon based, Portuscale Cruises on a long term basis. All crewing and ship management services will be handled directly by CMV in line with the services provided by Marco Polo and Astor.

Azores was completely re-built in 1994 at a cost of $150m. It is a classic ship with a traditional wrap around wooden promenade deck, main show lounge, an auditorium, nightclub, casino, a selection of bars and lounges, two dining venues and a marbled reception.  85% of the vessel's 277 cabins have an ocean view and there are nine balcony suites.

Chris Coates, commercial director of CMV commented, ‘Azores is an excellent, upgraded addition to our cruise fleet and has been affectionately and very well maintained by her owners. We are confident that Azores will prove to be a ‘real winner’ with our dedicated growing number of loyal customers and will also attract new clients seeking smaller ship alternatives and regional ex-UK no fly cruise options.’

Rui Alegre, ceo of Lisbon based Portuscale Cruises added, ‘I’m a strong believer in developing close and long term business partnerships. I’m very pleased to have concluded a charter with CMV and look forward to working closely with their team in successfully establishing Azores on to the British market. Azores is a beautiful ship and has been operating very well in achieving high levels of customer satisfaction.’

Full details of CMV’s programme for Azores alongside Marco Polo and Astor will be unveiled on July 1, 2014 when a 2015 first edition preview brochure will be released featuring a cruise collection of over 50 sailings through until October 2015.

CMV also entered the German market in 2014 adding the TransOcean brand to its portfolio and more recently Passat Kreuzfahrten, under a sales and marketing management arrangement.

In 2014, the Group’s combined ocean and river fleet passenger carryings including Germany are projected to reach 95,000 passengers representing 2,500 berths with the UK being CMV’s largest source market with a 60% share.