Cruise Norway brings a slice of new action to the UK 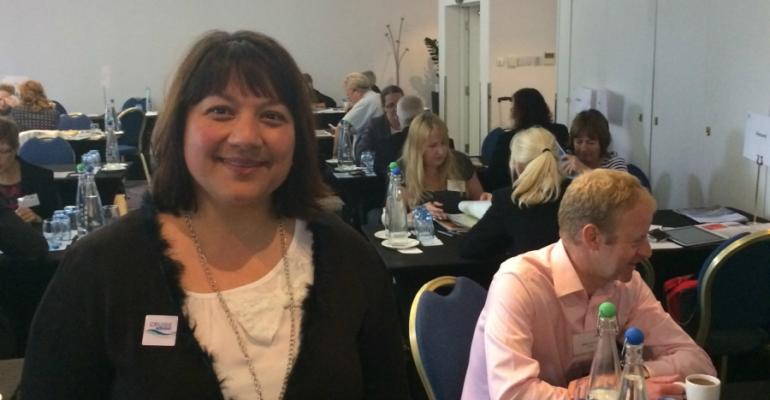 Many of Cruise Norway’s 41 members may be facing a decline in cruise calls in 2015 but UK cruise line executives found Norwegian port and tourism representatives in optimistic mood during their annual visit to London this week.

Over 25 destinations from 41 member strong Cruise Norway came to the London workshop to outline plans for new shorex and cruise infrastructure investment at their ports.

‘After several years of remarkable growth, I see this as a natural stabilizing of the figures and not a drama,’ Bratland remarked.

She told the executives attending from All Leisure, Cruise & Maritime Voyages, Carnival UK, Fred Olsen, Noble Caledonia, Saga, Thomson and Viking Cruises of the work that Cruise Norway members have been doing with Innovation Norway to develop new tours and she urged them to think outside the box of Fjord Norway.

‘We have a healthy winter cruising scene now, and with the second longest coast line stretching more than 100,915 kilometres we have plenty of options for your ships to sail also in the North and Svalbard.’

Henrietta Bismo Eilertsen, md of North Adventure Alta spoke of the continuing growth of winter cruising in the north of the country which started in Alta in 2008, with one call by Saga Cruises.

This winter, the number of ships visiting Alta was 14, staying 28 days in total, as well as a Hurtigruten ship every day of the week, bar one. Overnight stays and even two night stays in port are common, Eilertsen said, due to the popularity of the tour options.

Naturally the Northern Lights is the biggest draw however, heavy snow and bad weather conditions also surprisingly make the passengers happy, she remarked. ‘We had 1,873 passengers on tour in one day on a P&O Cruises’ Oriana call this winter and there was a snow storm and they could not even see the number of their tour buses lined up on the quay but I never heard a single complaint.’

So what’s new on the shorex and infrastructure front across Norway? From Molde, Åndalsnes and Kristiansund, a new walking tour alongside the Atlantic Road is opening this July.

Flåm has lengthened the cruise berth to 120mtr and added a mooring buoy to accommodate larger ships plus two mooring buoys in the fjord for tendering, enabling three large ships to call at any one time. Ashore there is a new 1.6km hiking trail behind Fretheim Hotel, and new visitors centre.

Bergen is improving berthing for large vessels at Jekteviken and Dokken Vest which will be ready end 2015 to handle ships over 300mtr. On the tour front ‘Viking and Hiking at Mt Ulriken’ and mountain biking at Mt Floyen are new this year.

A new Seaview Rail tour from Stavanger to Egersund alongside the North Sea is being promoted to cruise lines by NSB, which is considering promoting other rail journeys along the Norwegian coast for cruise charters.

Haugesund is opening a new cruise berth in 2015 and has undertaken improvements to the fairway in Karmsundet; two underwater reefs in the shipping lane have been dredged to a new depth of 12 mtr and new navigational aids established. A new Bathymetric study of depth alongside the main cruise berth has just been completed and will be sent to cruise lines shortly.

Port of Kristiansand’s  board has given the green light to build a new cruise berth to accommodate Oasis-class vessels projected to be ready in 2016.

Telemark is promoting a half-day excursion on a vintage canal boat along the Telemark Canal  and trip to Morgedal Museum, cradle of modern skiing.

The Oslo Pass which provides one free access to museums and use of public transportation around the city for NKr290 ($48) for 24 hours will be available as a downloadable app and VisitOslo is talking to the cruise lines about offering this to independent passengers with potential for the lines to earn commission on sales.

In Frederikstad, the Nautilus Marine Park is opening in 2018. The first of its kind in Norway focusing on themes such as the Poles, the North Sea, open ocean and the Tropics. The port is developing a new 300mtr long pier to be ready for next summer.

Svalbard is working hard to build up a range of new shorex from Longyearbyen, whilst the North Cape has a new winter product for up to 20 people to stay overnight at Europe’s northernmost point and see dawn over the Barents Sea.

Meanwhile North Cape Turnaround Port has reached its first target attracting turnarounds from Pullmantur in 2015. The focus now is on developing a new type of SeaWalk to deal with passengers and luggage at the same time and working with partner Lakselv Airport, to link up with international airlines to target more turnaround business.

Hammerfest meanwhile has opened up a 10 hole Frisbee golf course close to the Sami Camp and Tromso is punting a new snow shoeing safari and winter concerts in the Arctic Cathedral.

Lofoten Islands are also keen on promoting its winter cruise potential and key to this are an outdoor experience at Northern Lights camps.

From Narvik it is possible to stay at the world’s first snow and ice hotel Jukkasjärvi in Sweden constructed from 1,000 tonnes of ice. Dog sledding across the border and snow mobile rides, overnight stays and northern light excursions are all popular winter attractions.

Flatbread making at Sømna Open Air museum and the experience of living in a lighthouse are two new tours from Brønnøysund. Passengers can visit by RIB boat to Prestøya lighthouse and meet the keeper’s daughter’s to hear about her daily life followed by coffee and cakes.

At Florø,  a small town in the middle of Fjord Norway, north of Bergen and south of Ålesund, flanked by mountains a helicopter ride to the top of an 860ft high sea cliff is a new offering.

A visit to an alpaca and llama farm and fjord safari are new at Skjolden - Sognefjord Cruise Port which offers two berthing options priced the same for visiting cruise ships – at anchor or using the Seawalk.