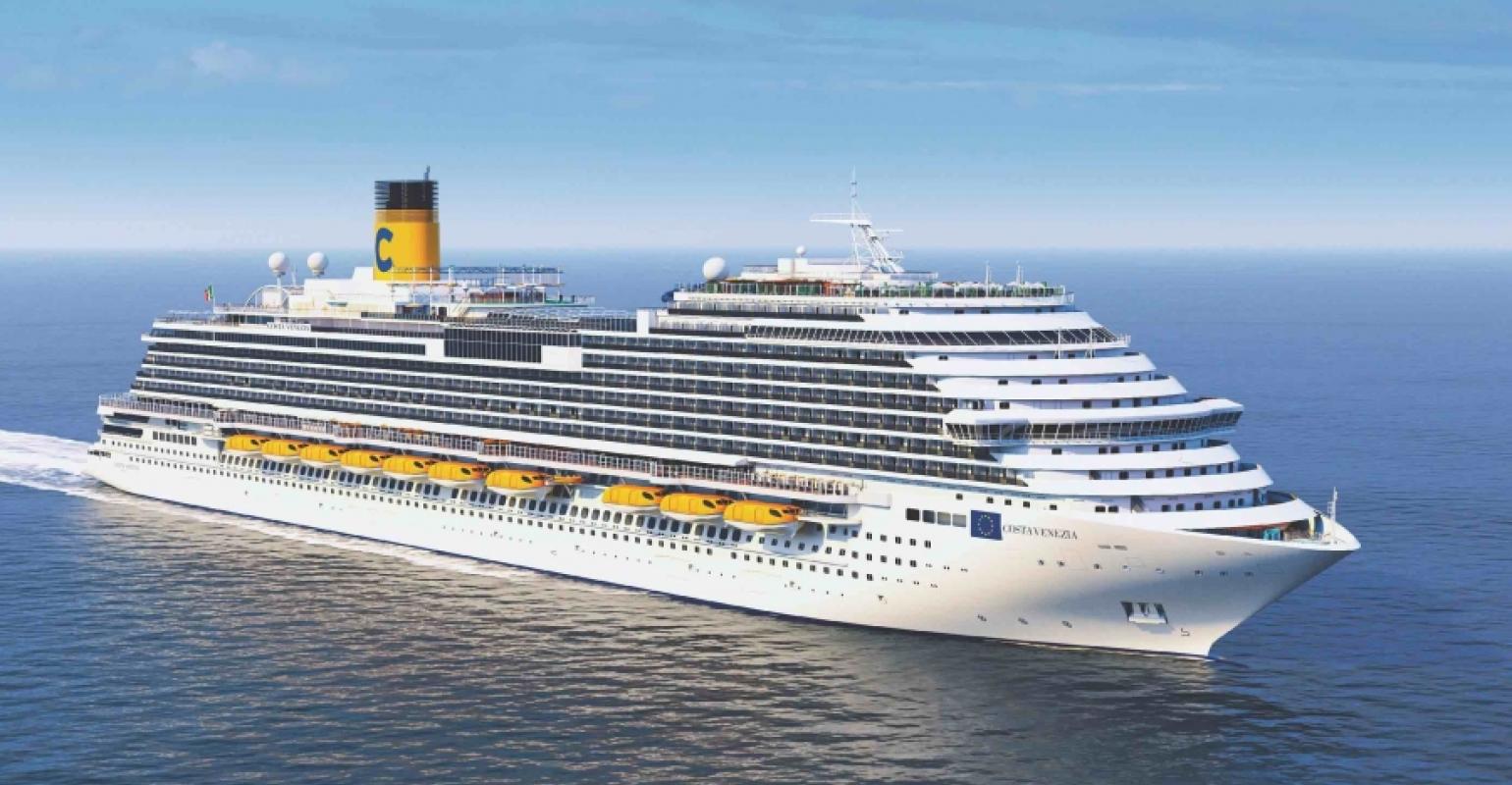 Costa Venezia is scheduled for delivery this week
The Italian stock exchange reacted positively to Fincantieri's better than expected 2018 results.

‘We achieved great commercial success by receiving orders for the impressive number of 27 new vessels, 14 of which are cruise and were ordered by eight different clients,' Fincantieri CEO Giuseppe Bono said. The group also began a new partnership with TUI Cruises, the joint venture between TUI Group and Royal Caribbean Cruises Ltd.

'Together with Carnival group, Norwegian Cruise Line Holdings and MSC Cruises, it enriches our client portfolio that now includes all four of the largest operators worldwide,' Bono added.

The total backlog numbers 116 ships and reached the record level of €34bn. Bono noted backlog is secured since the orders are fully financed. Further, the company delivered 35 vessels from 15 yards.

'The 2017 soft backlog has been substantially converted into new orders in 2018, demonstrating the group capabilities,' Fincantieri CFO Giuseppe Dado said.

In the equipment, systems and service segment, the group signed a contract to lengthen three Windstar Cruises shipsin the 2019-2020 period.

Revenues increased almost 10%, to €5.5bn, with EBIDTA and adjusted net income up more than 20%. In the shipbuilding segment revenues rose 9.6% year over year, with cruise ship revenues up 6.4%.

Revenues from the cruise ship business area accounted for 54% of the group’s revenues. The cruise business was also the main driving factor for higher revenues in the equipment, systems and service segment, thanks to ihigher volumes of cabins and public areas built within the group, mainly through the marine interiors subsidiary.

EBIDTA reached €414m, a 21% increase, while EBIDTA margin stood at 7.6%, compared to 6.8% in 2017, with a strong performance in shipbuilding, buoyed by cruise projects and higher volumes in equipment, systems and services.

‘As we continue to add new orders to our cruise business at an extraordinary pace, our focus is now on the roll-out of the backlog. For this reason, we have launched several initiatives to secure a smooth and efficient execution, widening the network of suppliers, laying out a detailed plan for new hires, increasing quality and process control,' Fincantieri general manager Alberto Maestrini said.

A key organizational move to enhance the overall group performance has been the delisting of Fincantieri's Vard subsidiary from the Singapore Stock Exchange. After that, Vard's activities were fully integrated into the group's Italian operations.

Fincantieri has established an autonomous Cruise Business Unit in Vard, which includes all the activities related to expedition cruise shipbuilding, coordination, production supervision of public areas and procurement, as well as the Romanian and Norwegian yards (including Langsten, Soviknes, Tulcea and Braila) dedicated to cruise ship outfitting. This new business unit is now part of the group’s shipbuilding segment, reporting directly to the Merchant Ships Business Unit.

To meet new production scenarios based on an increasing order backlog, Fincantieri has upgraded facilities at some Italian shipyards as well as Vard Tulcea in Romania to support the construction of cruise ship hulls for Norway and the multi-year program to build prefabricated sections for cruise ships in the Fincantieri production network.

Focus continues on strategic initiatives like the share purchase agreement with the French government for the acquisition of 50% (plus 1% lent) of Chantiers de l’Atlantique. Since France and Germany referred the deal to the EU Commission antitrust authority, 'We will work with the EU to set the competitive framework for the acquisition in order to speed up the process, which we are confident will have a positive outcome,' Bono said.

Maestrini argued the transaction 'does not reduce competition in our market since new competitors enter the market. In addition, it does not have any significant impact on the end market.'

Fincantieri expects 2019 results to be in line with 2018 and consistent with the economic and financial forecast within the 2018-2022 business plan guidelines. Revenues will continue their growth trend with an EBITDA margin in line with the one recorded in 2018. In the shipbuilding segment, in 2019 the group expects to deliver 11 ships including eight cruise ships.

Viking Jupiter, the sixth unit built for Viking Cruises, was delivered Feb. 7. Next up: Costa Venezia, designed for the Chinese market, will be handed over this week.