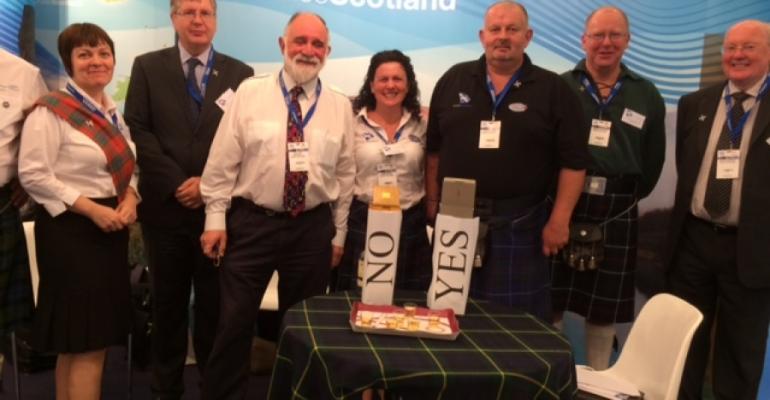 As the people in Scotland vote today on whether the country should stay in the UK or become an independent nation, members of Cruise Scotland attending Seatrade Med in Barcelona decided to ask their own 'Yes' or 'No' question.

Voters in Scotland will answer "Yes" or "No" to the referendum question: "Should Scotland be an independent country?"

Visitors to the trade show floor were asked to pick their option and then drop their business card into one of two boxes labelled Yes and No.

Tomorrow morning once the result of the independence referendum is announced, Cruise Scotland will draw a card from the 'winning' box and the lucky recipient will be sent a prize.

Seatrade Insider understands all Scottish ports representatives attending the Seatrade Med event already cast their votes via post having know beforehand that they would be in Barcelona on what is expected to be the busiest day in Scottish electoral history.