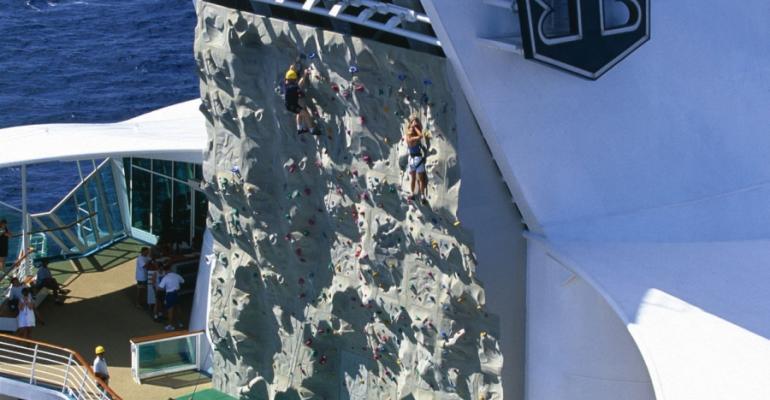 RCL shares dropped 17% in intraday trading and closed down 15%

RCL shares fell more than 17% in trading after the company's first quarter and full year 2016 guidance undershot analysts' expectations. Carnival and Norwegian Cruise Lines Holdings shares were dragged down, too. Carnival by as much as nearly 11% and NCLH more than 13% in trading.

But it was more than a disappointing forecast that triggered the sell-off. Markets in general slumped.

With oil prices dropping for a second day, down 11% in two sessions, on top of a slowdown in China's economy, investors are worried about a possible global recession. Those factors drove holders to cash out a broad range of stocks, with the Dow, S&P 500 and NASDAQ all down.

Analysts like Sharon Zackfia of William Blair said the RCL sell-off was 'overdone' given that full-year earnings guidance was only 2% to 3% lower than expected.

'We would be buyers on weakness as we see value in Royal’s shares from current levels given underlying drivers and articulated financial targets that seem likely to yield healthy 20%-plus EPS growth over the next few years while steadily improving ROIC to the company’s targeted double-digit goal,' Zackfia said in a note.

'RCL EPS guidance is below consensus, but not for reasons that have much read-through to CCL or NCLH—mostly due to timing of operating expenses and also RCL's higher interest and depreciation,' Robin Farley of UBS weighed in, adding that perhaps some foreign-exchange impact hadn't been updated in the consensus estimates.

Bottom line, Farley said: The booking outlook was good. The Zika virus is having no impact. China yields will be down low single digits—'but that's not news, and it's still a premium to Caribbean cruises so it still grows yield,' Farley said.

Wells Fargo told investors RCL shares 'appear to be discounting at minimum some US recession fears and misplaced China concerns, presenting a very attractive risk/reward entry point, in our view.'

The read-through for CCL and NCLH, Wells Fargo analyst Tim Conder said, is that 'Caribbean, Northern Europe and China strength bodes well for the industry,' while commentary on Australia pricing pressures is 'concerning but somewhat expected.'