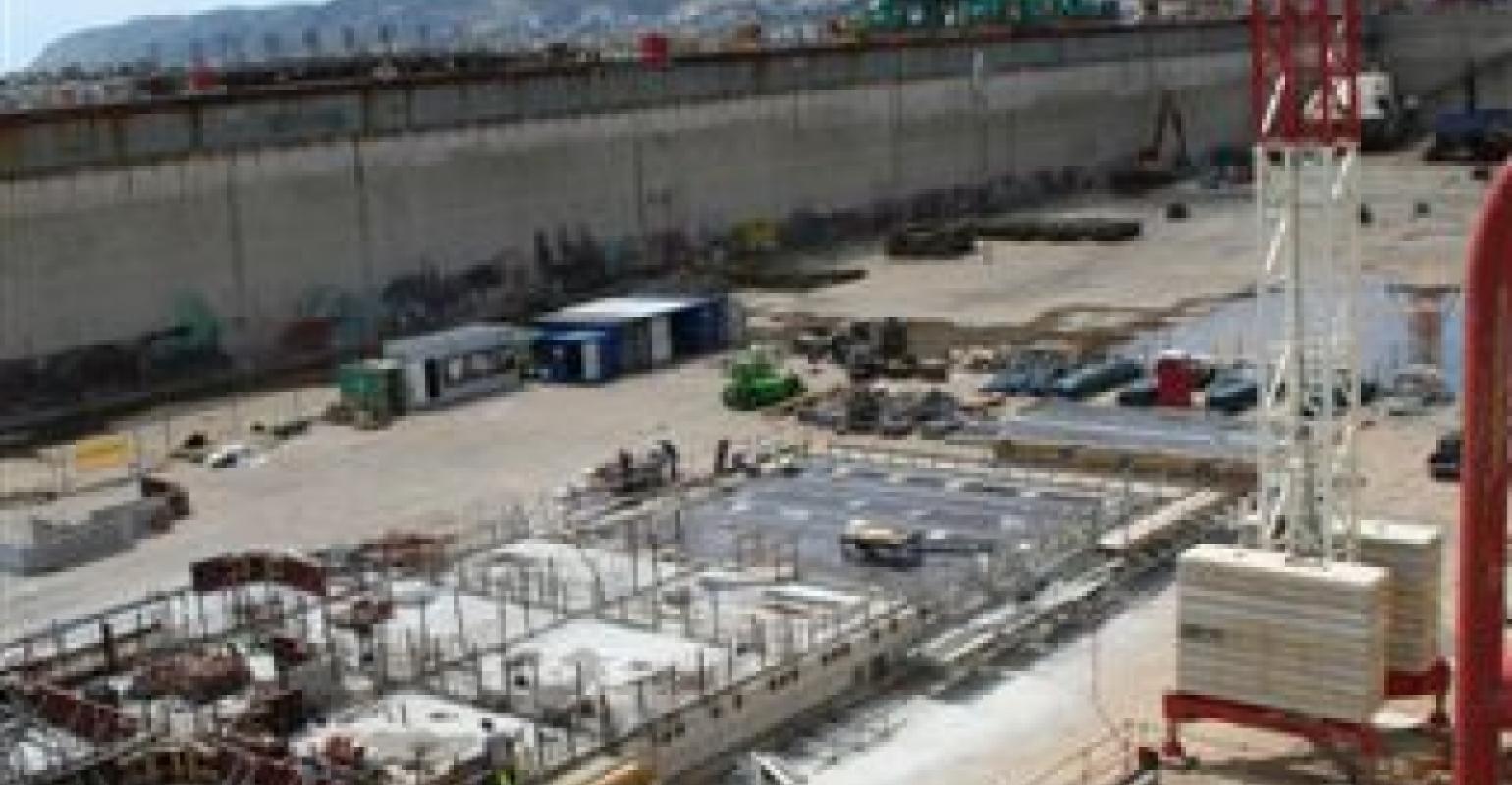 Drydock 10's reopening is delayed, from September to March

The Marseille Fos port authority announced a six-month delay to the scheduled reopening this autumn of its giant Drydock 10 ship repair facility, which is undergoing a €28m renovation after being closed since 2000.

The delay follows a concrete pile-driving mishap in March when a small section of wall at the base of the dock gate was dislodged and revealed deep cracking. Main contractor Spie batignolles TPCI suspended operations to lead an exhaustive study of the concrete and steel reinforcement that was completed in May. The company has now defined remedial measures and adjusted the project completion date to next March.

At 465 meters long and 85 meters wide, the drydock is the world’s third biggest. It will cater for the latest generation container carriers, LNG tankers, bulk vessels and offshore rigs, but is being marketed principally as a mega cruise ship repair base offering minimum deviation. Marseille is the leading French cruise port, handling 493 calls and 1.3m passengers last year. About 65% of world’s largest cruise vessels operate in the Mediterranean.

Shipowners who were in line to use Drydock 10 from September have been advised of the delay and helped with alternative arrangements by CNM and the port authority, which are now working to confirm bookings from next spring.