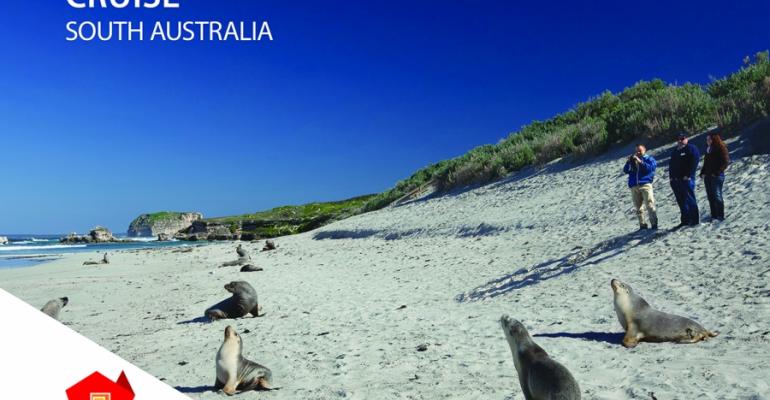 The 38-page, full-colour ‘Cruise South Australia’ book has been updated and has been sent to industry executives around the world.

The book contains a wealth of information, from details of the state’s ports and anchorages to suggested cruise itineraries.

South Australia has two berths for cruise ships, the Port Adelaide Passenger Terminal and the Port Lincoln Wharf on the Eyre Peninsula. There are anchorages at Penneshaw on Kangaroo Island, the Robe Marina on the Limestone Coast and in the Fleurieu Peninsula.

Other South Australian port options currently being investigated for use by large cruise ships include Ceduna and Wallaroo on the Eyre Peninsula.

There are chapters on Kangaroo Island, which has the nation’s third largest colony of sea lions, and on Port Lincoln, known as the seafood capital of Australia, where passengers can swim with great white sharks.