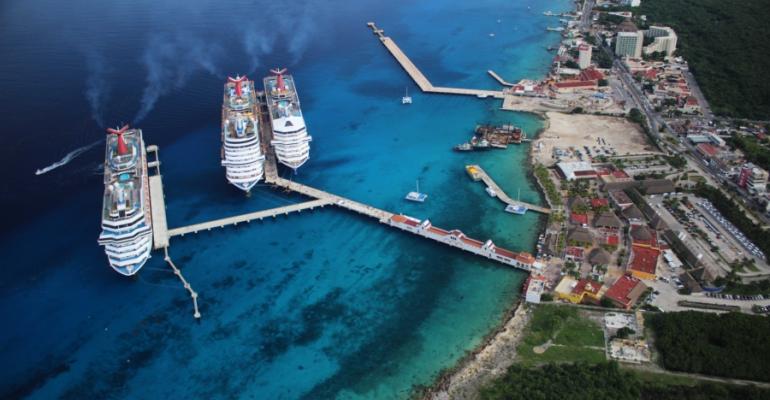 Cruise tourism generated $3.16bn in direct expenditures, 75,050 jobs and $976m in wages across 35 destinations in the Caribbean, Mexico and Latin America during the 2014/15 season, according to a study commissioned by the Florida-Caribbean Cruise Association.

The main driver—passenger spending—rose to an average of $104, 8.3% higher than the last study in 2011/12, and accounting for $2.45bn. Spending per passenger was 30% higher on shore excursions, 20% higher for local crafts and souvenirs and 2% higher for food and beverages, along with a greater percentage of passengers making purchases in each category. More than half of all transit passengers who went ashore bought an excursion and food and beverages.

There were 23.6m passenger shore visits during the period.

The findings of the study by Business Research & Economic Advisors were presented Wednesday at the FCCA conference and trade show in Cozumel.

Just over 75% of passenger expenditures were made in four categories: watches and jewelry ($877m), shore excursions ($551m), clothing ($238m) and food and beverages ($189m). Shore excursions were the most popular category, with more than half (53%) of all passengers buying a tour, and local tour operators received an average of $44 per passenger directly from passengers and cruise lines.

The estimated 4.5m crew members visiting the 35 participating destinations spent approximately $302m for goods and services, with an average per person expenditure of $67, heavily weighted toward food and beverages, jewelry and electronics.

'We are very pleased passenger spending went up while the crew spending was status quo or down a tad. We were very impressed with the information on shore excursions and very, very impressed by the satisfaction rate,' FCCA president Michele Paige told Seatrade Cruise News. She noted the BREA study found a direct correlation between spending and passenger satisfaction.

Micky Arison, chairman of Carnival Corp. & plc and the FCCA, said there's also a correlation between crew spending and passenger satisfaction because if crew spend more in a destination, they're enjoying it and happy crew make happy guests.

In addition to net payments to local tour operators, cruise lines paid an estimated $401m in passenger taxes and port services, as well as payments to local businesses for supplies and services. The Bahamas received the bulk of that: $309m.

Other key findings from the study include that 63% of passengers made their first visit at the destination, 93.7% went ashore, 65% made on-shore purchases and passengers spent an average 4.38 hours ashore.

Plus, visit satisfaction surveys found passengers were very satisfied with their overall destination visit, according to BREA principal Rich Higginson. Shore excursions received the highest score of all visit attributes, and passenger interactions with residents and store employees were very positive.

Higginson said the excursions that were rated highest involved history and culture.

On a scale of 10, passenger satisfaction averaged 7.64 overall, while whether the destination met expectations was rated 7.05 overall.

Shore excursions were the highest rated attribute of any destination, with an 8.3 score.

St. Maarten again led all destinations with nearly $423m. While ranking third in passenger and crew on-shore visits, it had the highest average total expenditure per visit of $189. The Bahamas followed with $373m. FCCA conference host Cozumel ranked third in overall expenditures with $365m. In fourth place were the US Virgin Islands, followed by No. 5, Puerto Rico.

Tourism Minister Ingrid Rivera Rocafort expressed satisfaction with the higher spending in Puerto Rico. She said it reflected all the work that's been done to attract more cruise business. Puerto Rico's passenger count grew from 1m at the end of 2013 to 1.5m this year, breaking the 1.49m record in 2008. She said Puerto Rico had the highest average crew spend: $149.

The top 15 destinations comprised 85% of Caribbean expenditures. Among them, the average per passenger spending ranged from $81 in St. Lucia to $189 in St. Maarten.

A record 35 destinations participated in the FCCA economic impact study. In 2011/12, the last time the research was undertaken, 21 destinations took part. Comparing just the 21 destinations in both studies, the increase in overall spending was 15%, 'a nice jump,' Higginson said.

The study and past versions are available for download at www.f-cca.com/research.html.