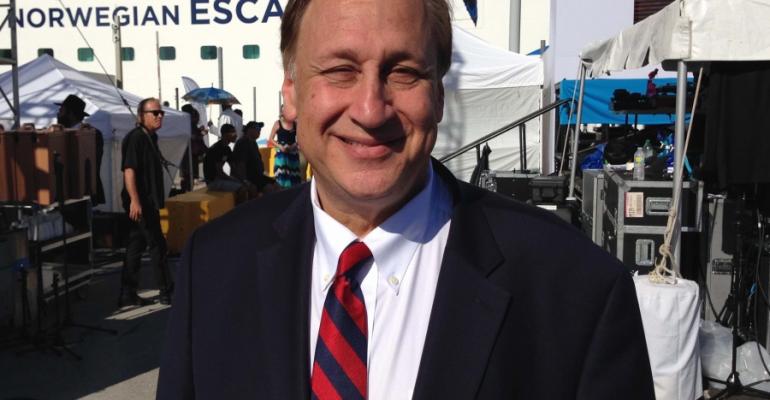 Adam Aron resigned as interim ceo of Starwood Hotels & Resorts Worldwide to join AMC Entertainment Holdings as ceo and president. He is a director of Norwegian Cruise Line Holdings and a former cruise line chief executive.

A Starwood director since 2006, Aron had stepped in to lead the hotel and resort giant in mid-February, following the resignation of Frits van Paasschen. Marriott International's plans to acquire Starwood were announced a month ago, and today evp and cfo Thomas Mangas was appointed to succeed Aron, effective Dec. 31.

At AMC, the second largest US movie theater company after Regal Entertainment, Aron will take over from interim ceo Craig Ramsey and become an AMC director. He starts in January.

Since 2006, Aron has been a senior operating partner at Apollo Management and ceo of World Leisure Partners, a leisure-related consultancy. He facilitated Apollo acquiring a controlling interest in Norwegian Cruise Line, Oceania Cruises and Regent Seven Seas Cruises.

He was president and ceo of Kloster Cruise/Norwegian Cruise Line from 1993 to 1996. Earlier, he was a director of Royal Caribbean Cruises Ltd.