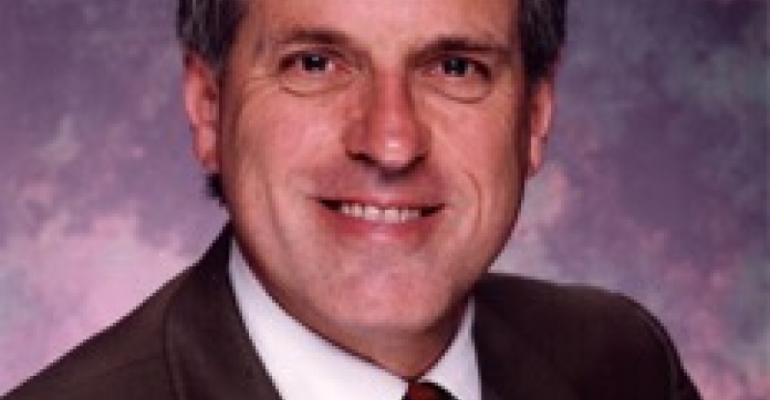 Bruce Nierenberg - 'The US has been in the position to decide who can go. Now, Cuba can decide who will go'

In a significant development, the Obama administration's new Cuba rules remove the requirement for ship operators to obtain a US license to sail to the island for sanctioned travel. But no US cruise operator has an OK from Cuba yet.

Veteran cruise industry executive Bruce Nierenberg feels confident, however, that Haimark Line will be able to begin Cuba cruises from Miami in February, as planned. He recently returned from meetings in Havana where Haimark officials were 'very well-received.'

Nierenberg is considered one of the most knowledgeable and best connected US officials on the Cuba passenger shipping front. Since he began working on a US-Cuba ferry operation six years ago, he's lost count of the number of trips he's made to the island.

Over time Nierenberg has forged relationships in areas from tourism and transport to education, and he admires the careful approach Cuban officials are taking as they shape the future of tourism in their country.

'The US has been in the position to decide who can go. Now, Cuba can decide who will go,' as he put it.

Recently, with Cuba prioritizing cruise ships over ferries, Nierenberg's focus has shifted to the cruise sector. The Haimark team have tried to understand what Cuba needs and have been very good listeners—the right approach, in his view.

The US Treasury Department rules published Sept. 21 did away with the requirement for vessel operators to apply for a license from the Office of Foreign Assets Control. Before then, Carnival Corp. & plc's new brand, Fathom, had become the first cruise line to get the license, while Pearl Seas Cruises and Oceania Cruises were among others that had applied. Haimark's approach was via Nierenberg's ferry company, United Caribbean Lines, which got approval in May.

While the OFAC license is no longer needed, Nierenberg said the US will keep a close eye on operators to ensure their compliance with carrying only the types of travelers sanctioned under the law, such as those on people-to-people cultural exchanges. Also, ships that sail from the US are only allowed to visit Cuba on the voyage without stops at third countries.

Ever since the Obama administration opened the door to closer relations, Cuba has been flooded with business proposals. Officials are taking time to assess what's best for their country.

'It's a socialist state with a limited capitalist infrastructure. There's no Department of Commerce. They're getting swamped with opportunities, from tour operators, cruise lines, airlines, airports, bus transportation companies,' Nierenberg said.

They have a unique opportunity to shape the future of tourism the way they see fit, and rightly so, he added.

In many other Caribbean destinations, suppliers call the shots. Where suppliers have built infrastructure, 'Before you know it,' Nierenberg said, 'they're dictating the terms of how the destination is going to run.'

In his view, that's not likely to happen in Cuba. There's great demand for travel there and it is the Caribbean's largest island, with a tremendous tourism product. All this gives the country more control. The authorities are looking to establish long-term relationships with suppliers who view the business as a partnership.

'Carpetbaggers are not welcome,' Nierenberg said.

The government has decided cruising is important to the economy. It brings tourists without putting a lot of pressure on the infrastructure. Currently five deep-water ports can take ships, but not the size of today's biggest vessels. Eventually infrastructure will be built.

For now there's an interest in small to medium sized cruise ships that can make an immediate economic contribution.

Haimark's 210-passenger Saint Laurent is perfect at this point, Nierenberg said. It fits into all the ports, and the itinerary visits seven destinations all around the island so the economic impact is dispersed. The ship doesn't have a casino and other diversions; it's essentially a deluxe accommodation that will bring affluent travelers to experience authentic Cuban culture through its people, and delve into their traditions, work, the arts, history and nature.

This approach conforms to US rules and aligns with Cuba's needs.

Nierenberg said Haimark has received an excellent response to its announcement of nine-night cruises round-trip PortMiami, priced starting at $4,599 plus $399 in port charges and fees.

A record 3m tourists visited Cuba in 2014, and the count is about 17% up year over year so far. Every cruise line operating in the Caribbean wants to go, and Havana will be the jewel of the region, Nierenberg predicted.

Though the ferry sector isn't a current priority, officials have indicated it will become important later when the hotel capacity is built out. Some 20,000 rooms are targeted for Havana in the coming years.

Cuba eventually will choose a ferry operator 'of substance' and probably more than one, Nierenberg said.

He brings long experience in the cruise business and was a proponent of such initiatives as out-island cruising, the seven-day western Caribbean itinerary at a time when most ships sailed east, and family cruising.

So while Nierenberg waits for the right timing on the ferry front, he's consulting for the cruise business. And his United Caribbean Lines continues working with the University of Havana to create a maritime academy for the training of ship's officers and hotel personnel. There will be a great need for these types of jobs as tourism develops.

Plus, Nierenberg still aims to develop ferry service between Florida and Mexico, for which he sees a 'monster market.' He's convinced that, long-term, the Caribbean ferry business will be 'major, as it is in Europe.'