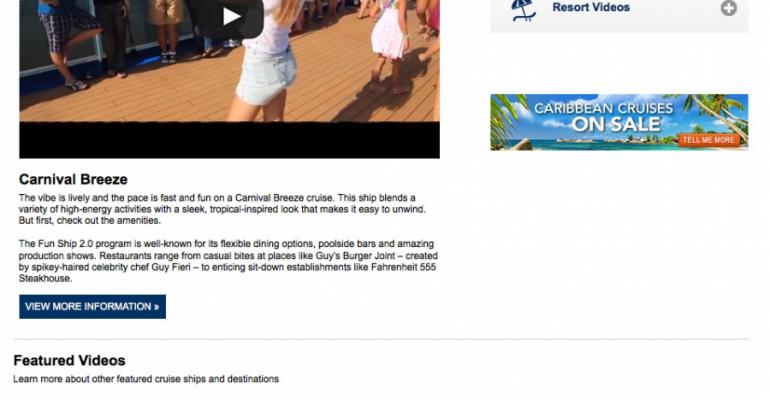 CruiseOne topped more than 900 franchises and host agency Cruises Inc. chalked up about 5% unit growth in 2014. Plus, the retention rate for the World Travel Holdings' home-based division reached almost 95%, a five-year high.

'2014 was a year of many positive changes at CruiseOne and Cruises Inc. and I am pleased with how our agent community and corporate headquarters team responded,' svp Debbie Fiorino said.

CruiseOne and Cruises Inc. posted double-digit sales growth year over year in 2014, with the cruise business continuing as the foundation and core strength. However, land sales rose approximately 30%.

With an incremental half-million-dollar investment, the information technology team grew to 20 members and implemented processes that enabled enhancements to be released every three weeks. Plus, infrastructure changes were made in preparation for new features in 2015 and beyond. One of last year's major technology functions simplified the booking process for agents.

In terms of recruitment, the franchise and network development team at CruiseOne and Cruises Inc. had a milestone year, and CruiseOne exceeded its goal that military veterans and active-duty spouses would comprise 25% of the network by the end of 2014. A 30% level was reached.

A direct marketing piece resulted in a 73% sales increase year over year with one of CruiseOne and Cruises Inc.’s cruise line partners.

A Shopping Cart Abandonment program produced triple-digit sales revenue increases for both brands by following up with potential customers who visited the consumer websites but did not make a purchase.

A travel video library consisting of nearly 40 travel vlogs was created for use by consumers and agents. More than 10,000 viewers have been registered since the November launch.

Attendance at offsite learning events grew by 73% year over year. Strong attendance was recorded at five regional trainings, seminars at sea and the company’s largest national conference ever with more than 900 attendees.

In 2014 more than $100,000, or the equivalent of 10 wishes, was donated to Make-A-Wish. Agents, franchise owners and the corporate headquarters team all got involved by participating in on-board fundraisers such as [email protected] – Dance for Wishes and a silent auction during the national conference, as well as corporate team-building events such as the Gift Basket Fundraiser.