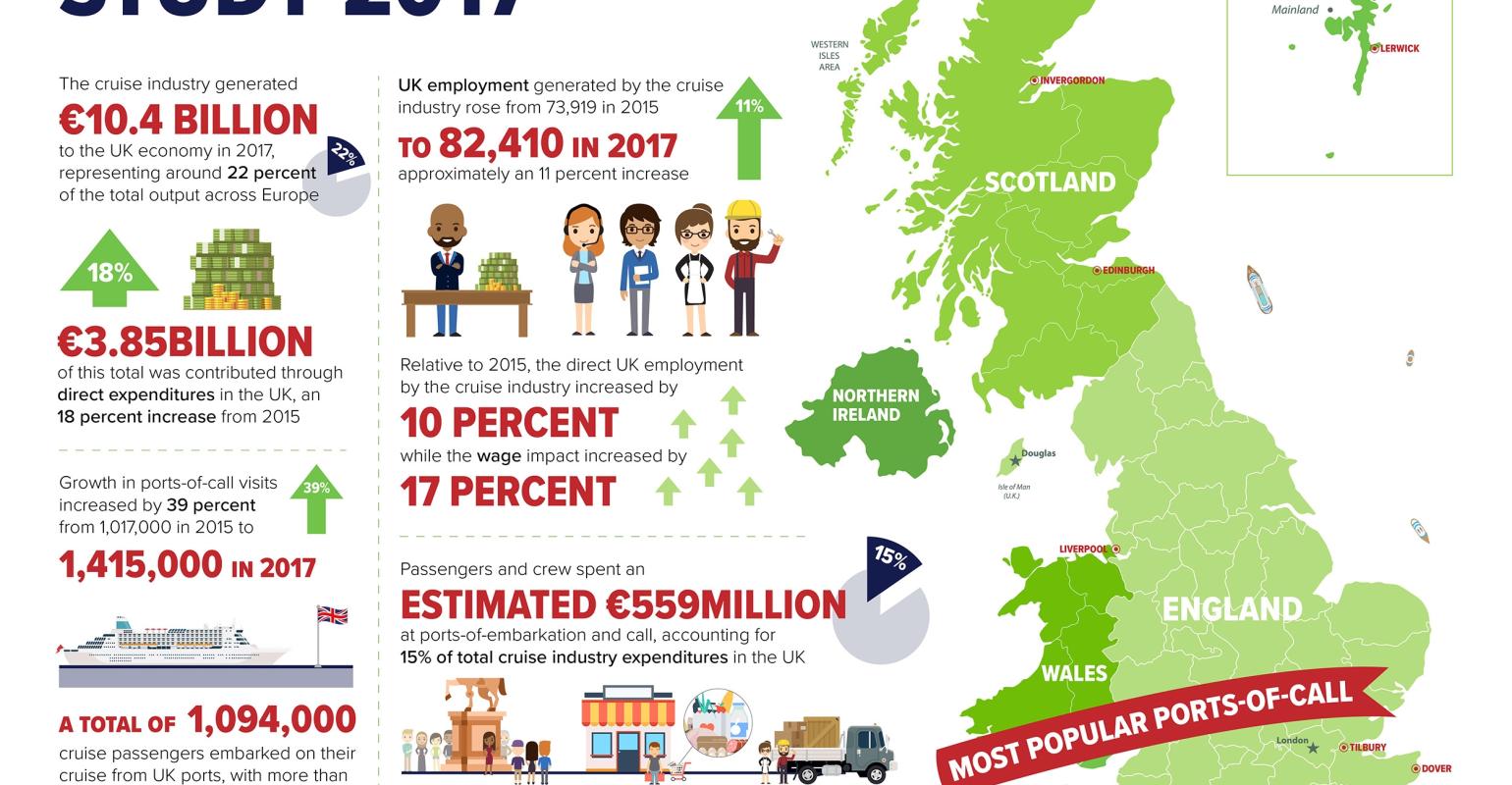 The cruise industry generated €10.4bn for the UK economy in 2017, representing around 22% of cruising's total output across Europe, according to a report conducted by the Business Research & Economic Advisors (BREA) on behalf of Cruise Lines International Association.

The report looked at tourism and employment figures during 2017. From the overall figure, €3.85bn was spent in direct expenditures, an 18% increase from two years prior and close to a €1.5bn increase from 2009. The remaining €6.55bn was indirect and induced expenditure.

Cruise a major player within travel

Andy Harmer, CLIA UK & Ireland director, said: ‘The figures released today bear testament to the cruise industry continuing to make significant contributions to the UK’s economy and the multi-billion valuation shows that cruise is a major player within the travel sector.

‘More Brits are choosing a cruise holiday, more cruise passengers are embarking on a cruise from UK ports and the number of ports-of-call visitors continues to increase. This, along with more jobs being created through the cruise industry, translates into great economic benefits for the country.’

80% of departures from Southampton

The UK also experienced growth in ports-of-call visits, with 1,415,000 passengers visiting a UK port in 2017, up 39% from 2015. The most visited British port was Invergordon, Scotland, with an estimated 134,000 cruise passengers going ashore.

These port-of-call visits generated an additional €113m in direct expenditures such as tours and souvenirs. Passengers spent an average of €80 while in port and €180 at their port-of-embarkation.

Together, passengers and crew spent an estimated €559m at ports-of-embarkation and call, accounting for 15% of total cruise industry expenditures in the UK.

Cruise passengers spent an estimated €431m on airfares, port fees, lodging, food and beverage, excursions and other expenditure in the UK. An estimated €14.8m was spent by crew at ports-of-embarkation and call, averaging €35 per crew member.

There were 37,720 roles generated by cruise-related expenditures; 17,183 Britons worked for cruise lines, either in administrative offices or as crew onboard ships. Other jobs included direct suppliers to the cruise lines and the employees of establishments that provide goods and services to cruise passengers. This paid €1.41bn in employee compensation.

New ships for the UK market

Harmer added: ‘The success of the global cruise industry is set to continue with 24 new ships scheduled to launch in 2019 and 107 new ships on order for delivery before 2027, worth close to $60bn. As the cruise industry’s confidence in the UK increases, so does the number of ships built for the UK market.

‘P&O Cruises’ Iona, the largest ever cruise ship built for the British market with capacity of over 5,200 passengers, will launch in 2020. And Cunard is building what will be the largest cruise ship in its history, with the 3,000-passenger ship joining the fleet in 2022.

‘Furthermore, just this month Celebrity Cruises announced that its second Edge-class ship, Celebrity Apex, will be christened in Southampton in 2020 and sail a mini-season in the UK. The ship will join Celebrity Silhouette, marking the first time the line has operated two ships in the UK.’