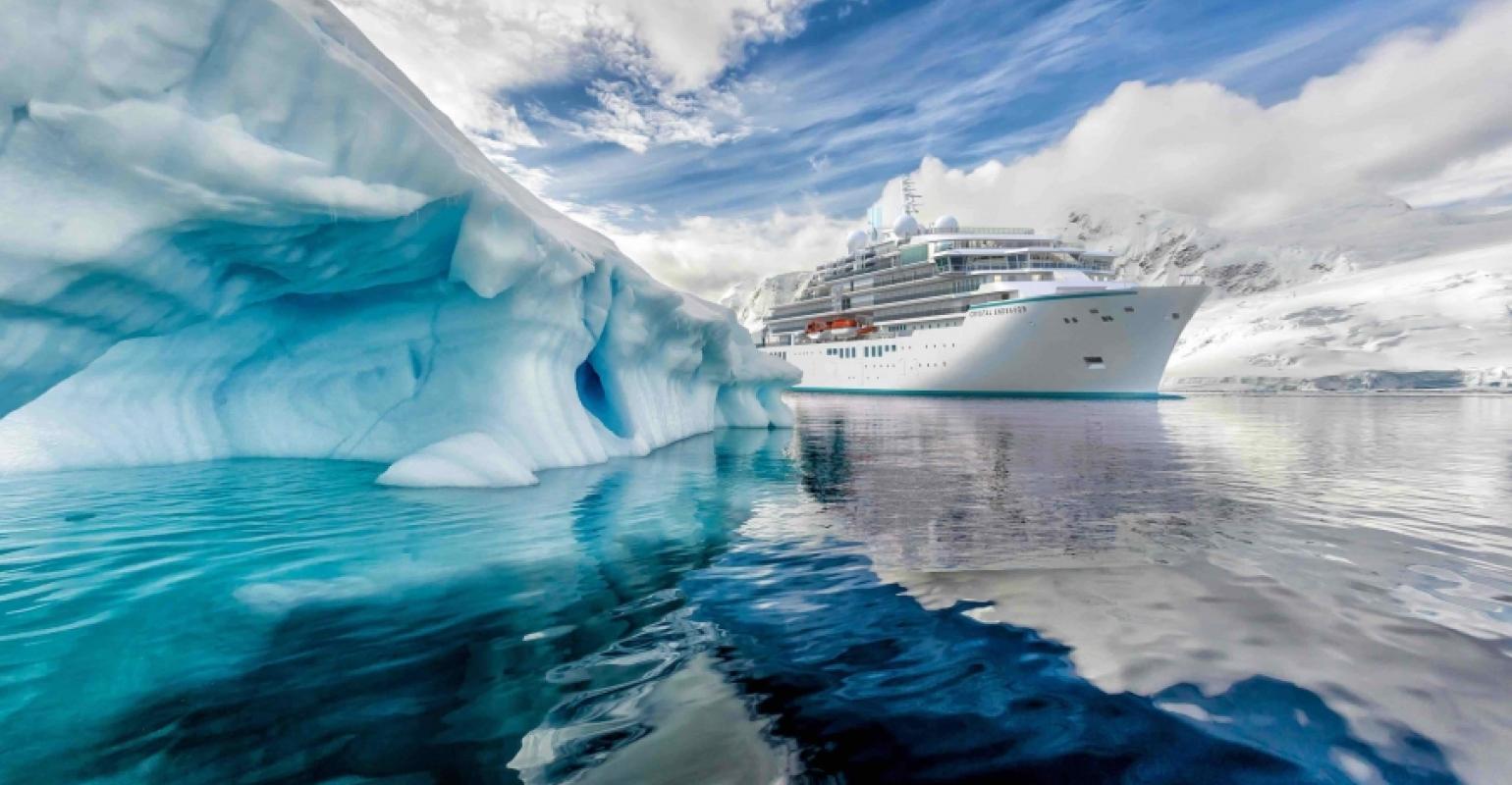 The 28-night voyage embarks at Anadyr, Russia, for Tromsø, Norway, on Aug. 18. The 200-passenger expedition ship will visit some of the world’s most remote islands, archipelagos and coastlines, allowing adventurous travelers to explore terrain few others ever have, in luxurious comfort.

'The Northeast Passage is precisely the type of bold expedition for which Crystal Endeavor is designed, with her PC6 designation and ability to maneuver through medium first-year ice, as well as offshore dynamic positioning, Zodiacs and virtually all other gear necessary for such intrepid exploration,' Crystal president and CEO Tom Wolber said.

The ship will visit places that are only sparsely occupied since legendary polar explorer Nils A.E. Nordenskjöld first successfully made the passage in 1878-79. Before that time and since, polar bears, Arctic foxes, walruses, whales and hundreds of species of seabirds are the primary local residents in the region, which is a Russian-controlled trade route in the summer months.

Highlighted destinations include UNESCO World Heritage Site Wrangel Island, one of the last known places on earth roamed by the woolly mammoth, with significant fossilized finds throughout the destination. Franz Josef Land was once a Russian military watchpoint thanks to its positioning in the Barents Sea and Arctic Ocean, and is now home to polar bears and numerous other wildlife.

The New Siberian Islands more archaeological discoveries, with saber-tooth tiger bones and mammoth remains having been excavated, as well as what are believed to be tools used by Paleolithic humans and the most northerly evidence of humans on earth.

Severnaya Zemlya, the last charted archipelago on earth, was added to global maps only in the early 20th century, and Cape Chelyuskin on the Taimyr Peninsula is the northernmost point on any continental mainland.

Stops depend on weather and sea conditions

Stops and shoreside access and activities will be largely dependent on weather and sea conditions. There will also be numerous opportunities for Zodiac landings and navigation of ice floes and other rugged pursuits. On board, expedition guides, scientists and destination experts will further illuminate the journey.

The adventure starts with a one-night pre-cruise hotel stay in Anchorage and a flight transfer to Anadyr on embarkation day. The Northeast Passage voyage will first open for booking by Crystal Society members on Feb. 20 and to the public on March 13.