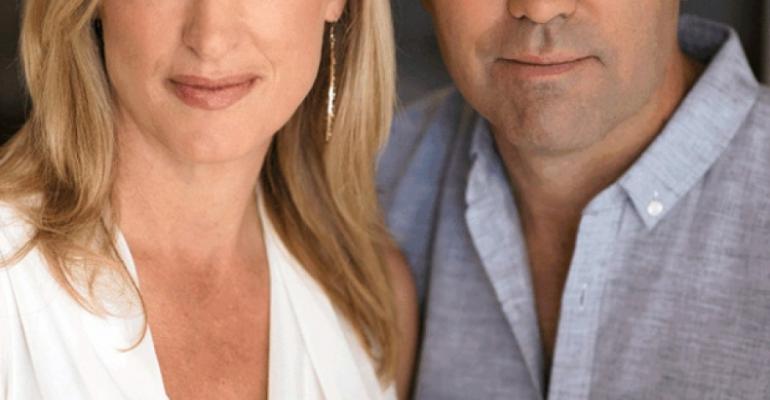 Lady Gaenor Meakes—the partner of Mark Richards, one of the world’s most successful and recognized sailors—will serve as the godmother for Crystal Esprit. The ship will be named in a Dec. 20 ceremony in the Seychelles ahead of its sold-out Dec. 23 inaugural voyage.

'Few are so passionately devoted to the world of yachting as Lady Gaenor,' said Edie Rodriguez, president and ceo of Crystal Cruises, in announcing the godmother on the Crystal Cruises blog.

The couple are based in Australia where Richards is the chief executive of Grand Banks Yachts, an iconic brand for yacht lovers. He is a seven-time champion skipper of the 628-mile Sydney-to-Hobart yacht race, considered one of the world's toughest, between 2005 and 2013.

Richards also led Australia to victory in the last Admiral’s Cup race in the UK in 2003 and has participated in two America’s Cup regattas, representing Australia. He's currently skipper of Wild Oats XI, the 100-foot maxi-yacht that has competed in multiple events around the globe.

While Rodriguez quipped Crystal has no plans to enter into yacht racing, she said the company is excited to embark into new waters, with new vessels, and she invited Crystal Society members to 'prepare yourselves for the new perspectives, friends and memories you’ll gain when you set sail.'