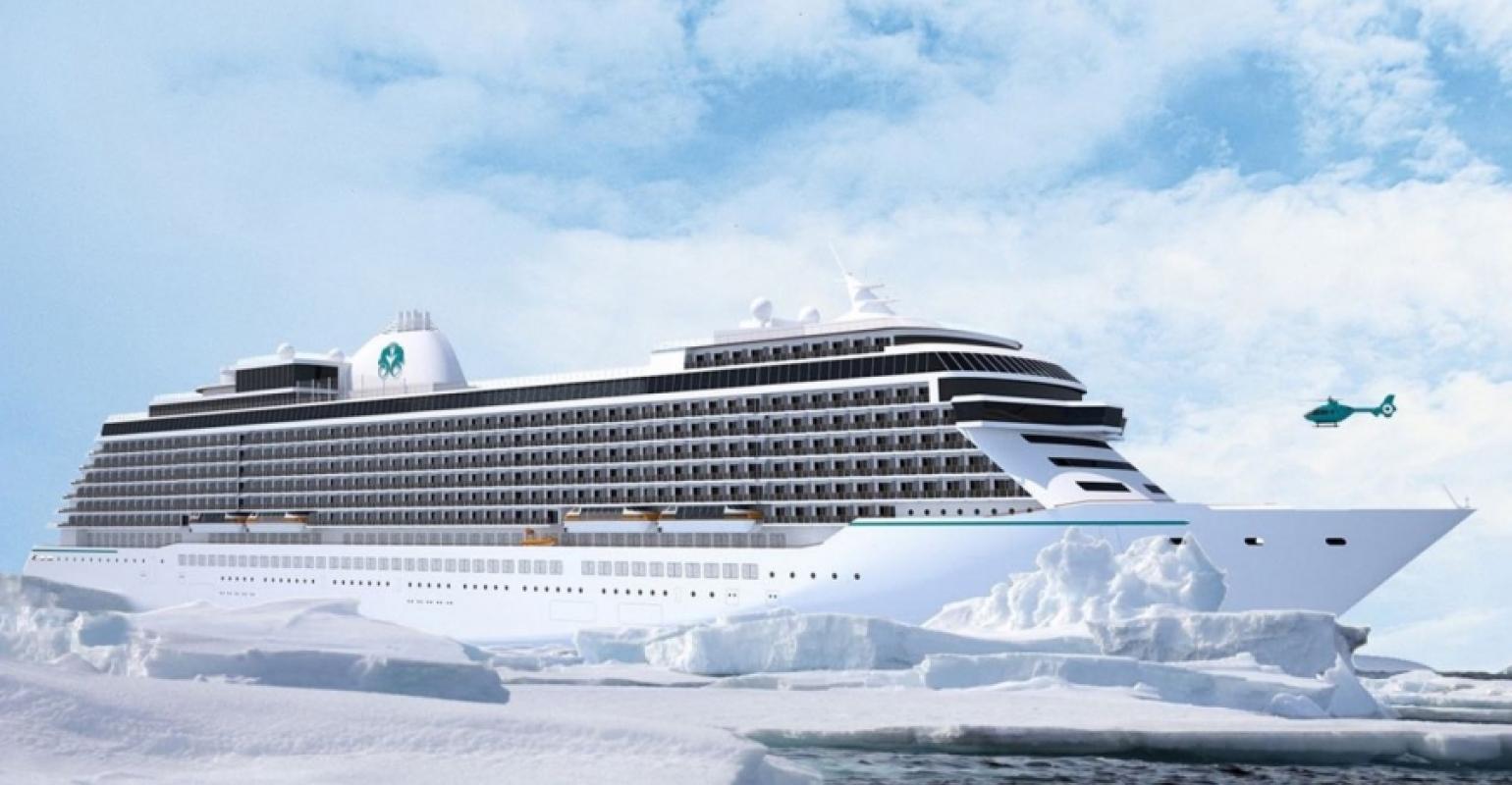 The 117,000gt Exclusive Class ship will accommodate 1,000 passengers and residents and is set for delivery in fall 2019. It is the first of three planned ocean-going ships capable of polar operations.

The previously announced polar-class mega-yacht Crystal Endeavor, meanwhile, will carry 200 passengers and debut in August 2018. And six new river yachts to be deployed in Europe will be handed over from 2017 to 2019.

Crystal said the two additional river yachts are the result of continued interest and demand from travel agents and passengers. They join the four earlier announced vessels‑—Crystal Debussy, Crystal Ravel, Crystal Mahler and Crystal Bach—planned for embarkation in June and August 2017.

Crystal River Cruises makes its official debut this summer with launch of the renovated Crystal Mozart on July 13 in Vienna.

The order was inked by Crystal Cruises president and ceo Edie Rodriguez in the presence of Genting Hong Kong/Crystal chairman Tan Sri Lim Kok Thay, and Rüdiger Pallentin, md of the Lloyd Werft Group. Also present were Uwe Beckmeyer, state secretary of maritime affairs; Erwin Sellering, prime minister of Mecklenburg-Vorpommern; and Martin Günthner, senator for economics and port affairs of the Free Hanseatic City of Bremen State, as well as other federal and state officials.

'We are pleased to build eight Crystal ships with Lloyd Werft, and are confident that the expert management and shipbuilding team and the excellent group of shipbuilding contractors and suppliers in Northern Europe will deliver extraordinary vessels that are worthy of the esteemed Crystal brand,' Lim said.

He added his appreciation for the continued support of the German federal and state governments.

'The new Exclusive Class ships, yachts and river yachts planned for the coming years provide travelers with an exhilarating glimpse into the future of luxury travel of all kinds, from rugged expedition adventures to indulgently relaxing river cruises,' Rodriguez said.

Crystal's order will not only make a lasting mark on the luxury travel industry, but also supports the local communities surrounding the Lloyd Werft locations, Pallentin said. The number of projects for the company will support jobs for nearly 2,000 residents of Bremerhaven, Wismar, Warnemünde and Stralsund and will significantly boost the local economies, he added.