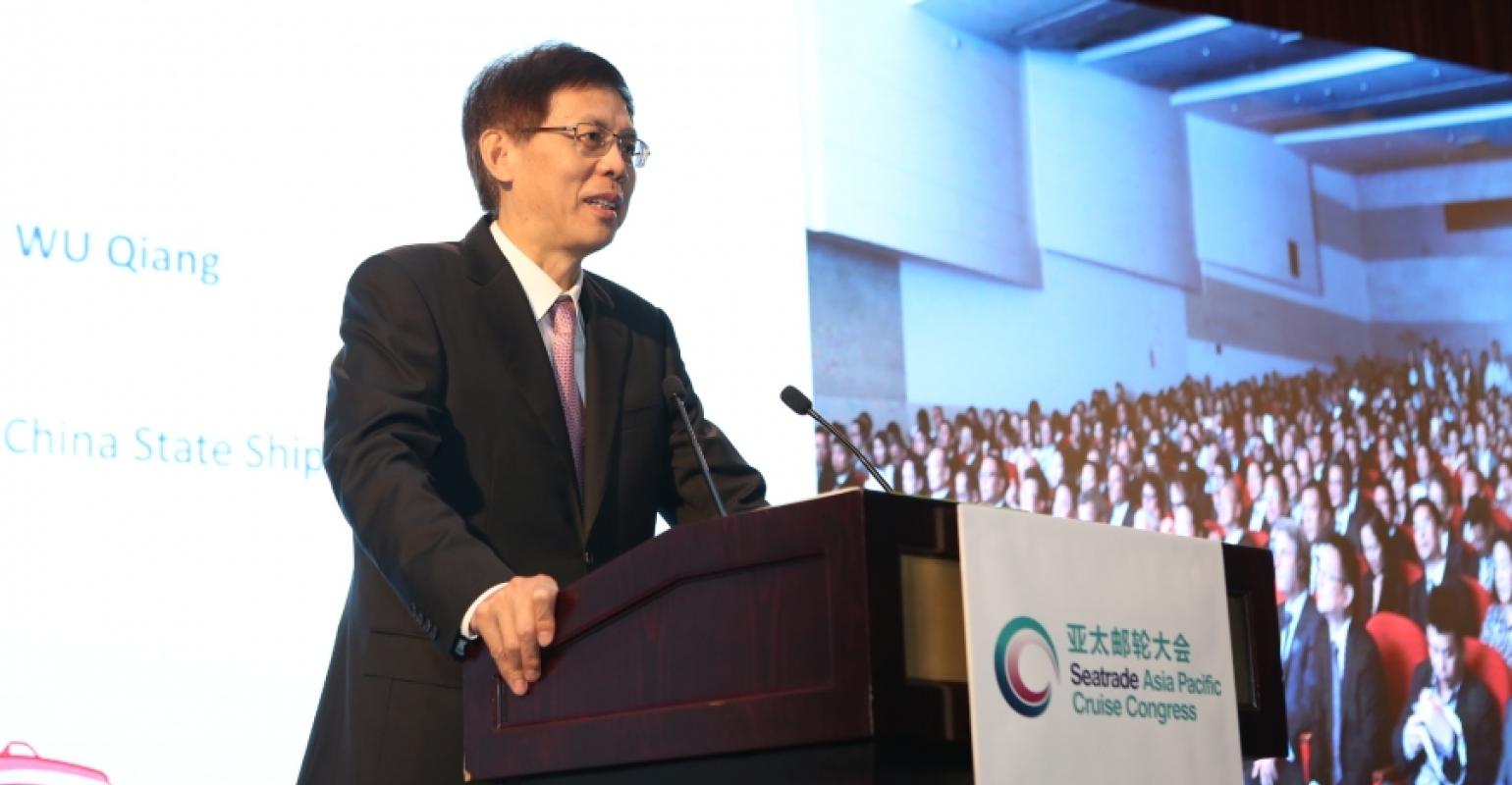 Cruise shipbuilding is the ‘real crown’ that China State Shipbuilding Corp. (CSSC) is gunning for, as no Chinese shipyard has ever built a large cruise ship despite the booming Chinese cruise market, according to Wu Qiang, general manager of CSSC.

Wu noted that 18 cruise ships are homeporting in China, but none of them was built in China.

CSSC will be tested after it successfully inked a historic deal to build two plus two cruise ships of 133,500gt with the first ship due for delivery in 2022. The shipbuilding project was born out of a partnership forged in October 2015 between CSSC, China Investment Corp., Carnival Corp. & plc and Fincantieri.

Wu expressed confidence that the project will be a success with the help of Western counterparties and strong support from the Chinese government. On the financing side, a RMB300bn fund backed by leading local banks has been created to help CSSC with the cruise shipbuilding project.

‘CSSC carries the responsibility to help China achieve the goal of building its very own big cruise ship,’ he told delegates at Seatrade Asia Pacific Cruise Congress in Shanghai Baoshan on Wednesday.

China's large population and rising income are propelling consecutive years of cruise market expansion, however, the country lacks a crucial element that the government is looking to overcome—the ability to build large cruise ships.

China has sprawling shipbuilding facilities used for the construction of commercial vessels like dry bulk carriers and container ships. The yard facilities that can build a quality cruise ship, on the other hand, are limited if not nonexistent, Wu said.

‘Building a cruise ship is not easy for China. Apart from the complex structure and intricate design, we also seek to incorporate our Chinese culture into the interiors of the ship,’ Wu said.

Globally, seven to eight new cruise ships on average are delivered each year and that number can barely cater to current demand. ‘We see that up to 15 new cruise ships would be needed each year in view of booming demand in the Asia Pacific region and for the renewal of global fleet. China can help to bridge that supply gap,’ Wu said.