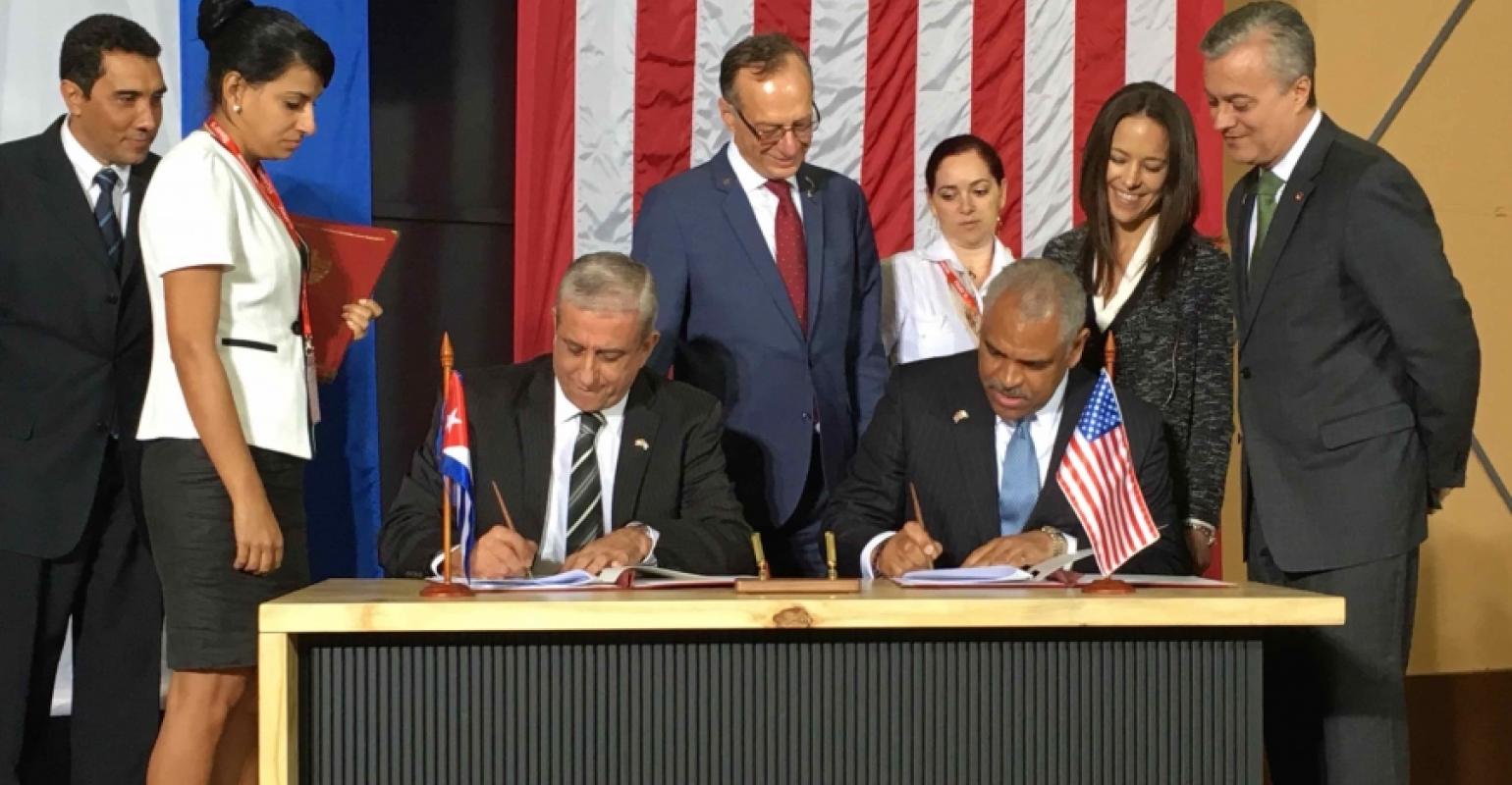 Carnival Corp. ceo Arnold Donald and Fathom president Tara Russell announced the news from Havana, where they're among the business leaders accompanying President Obama's historic visit, the first by a sitting US president in 88 years.

'Today we've made history as the first US cruise company in more than 50 years to be granted approval to sail from the US to Cuba,' Donald said. He called it 'an extraordinary day.'

Russell said the first cruise would leave PortMiami on May 1 and is not yet sold out. 'It will sell quickly; there's a little bit of room to go,' she added.

Donald called this 'just the beginning,' adding that many other cruise ships would be going to Cuba, but it will take time. 'It's probably going to be many months before other brands begin to sail there,' he said.

Carnival Corp. will be working with Cuba on port and tourism infrastructure to facilitate more ships, but Donald said he doubts officials there will be wanting many vessels going immediately.

The single Fathom ship won't make much difference to the company's bottom line. But over time, being able to include Cuba on itineraries with be 'a real economic benefit because it will be a refresher for the Caribbean,' as Donald put it, drawing both new passengers and those who've sailed in the region before.

Though Carnival had been working diligently to try to secure the go-ahead from Cuba over many months, with the announcement of President Obama's trip, 'We geared things up.

'It wasn't our objective [to coincide with the presidential visit]. We would have preferred to sign much earlier,' Donald said.

Russell acknowledged the work of Arnaldo Pérez, Carnival Corp.'s general counsel, and Giora Israel, svp global port and destination development, who are in Cuba with the Obama delegation, too.

And she expressed delight at being part of 'this historic moment in Cuba ... It's just so fun to experience all the beauty and joy that's here.'

Fares for the 704-passenger Adonia start at $1,800 per person, excluding Cuban visas, taxes, fees and port expenses. Several on-ground activities are included. Prices will vary by season. Russell predicted high demand for the May dates, given they are the inaugural sailings.

Last July Fathom became the first cruise operator to get US approvals to sail to Cuba from the Department of the Treasury's Office of Foreign Assets Control, which administers and enforces economic and trade sanctions, and from the Department of Commerce. Subsequent Cuban policy changes by the Obama administration rendered such approvals unnecessary, as long as US vessel operators conduct programs in keeping with the 12 criteria for allowed travel to Cuba.

However, an industry insider said the OFAC approval was, indeed, a key factor in helping Carnival Corp.'s case with Cuban authorities.

And MSC Cruises, which has MSC Opera calling at Havana on sailings marketed exclusively to non-US citizens, plans to add a second vessel, MSC Armonia, on the itinerary next winter. From then, MSC will be operating year-round in Cuba, the line's executive chairman, Pierfrancesco Vago, announced at Seatrade Cruise Global in Fort Lauderdale last week.