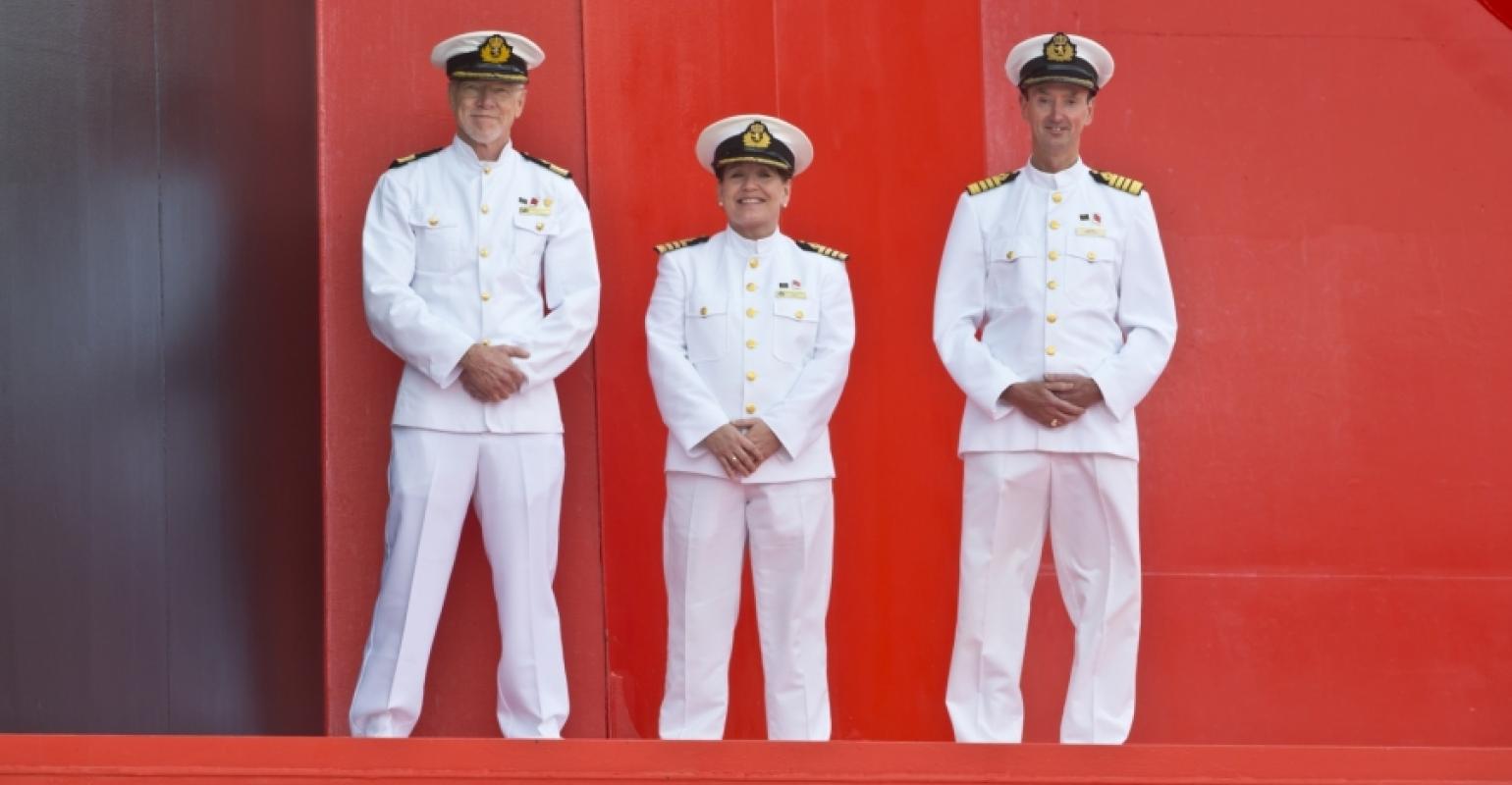 From left, Commodore Christopher Rynd, Capt. Inger Klein Thorhauge, Capt. Chris Wells
The masters of Cunard’s three-ship fleet mustered by the funnel of flagship Queen Mary 2 on Sunday in Southampton ahead of the sail-away that marked the start of the celebrations for Cunard’s 175th anniversary year.

Queen Elizabeth, Queen Victoria and Queen Mary 2 returned from their world cruises, arriving at Southampton early Sunday morning. After a rare opportunity for the three captains to meet on the same vessel, the fleet for the first time the fleet sailed together in daylight from the homeport, Southampton, led by Queen Mary 2.

'This is the first time that the Cunard ships have been in Southampton since they set off on their world cruises in January, so it’s great to have the opportunity to meet with my fellow captains,' Rynd said. 'We rarely get together in this way, and it’s only the fourth time ever that these three Queens have gathered here in Southampton.'