Cunard supports Sting concerts celebrating the shipyards of the Tyne 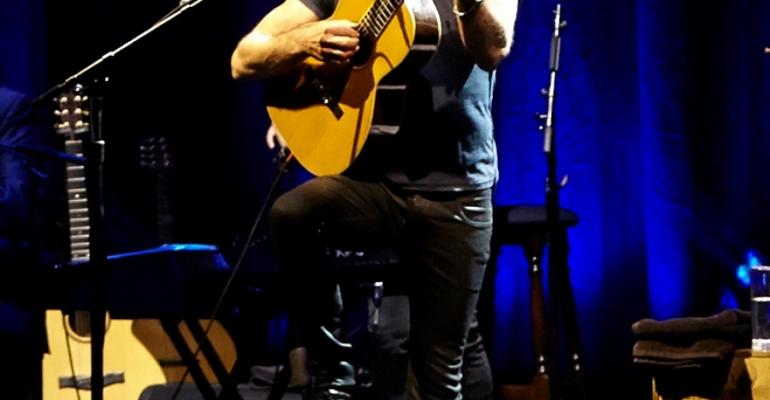 Sting on stage at Sage Gateshead

Sting made an emotional return to his home town in England's North East this weekend and performed songs from his musical The Last Ship on Friday and Saturday evening at the Sage theatre in Gateshead.

The only UK performances of their kind were supported by Cunard as part of the company’s 175th anniversary celebrations and also due to the lines close links to the shipyards of the Tyne.

15 ships were built for Cunard in the UK northeast including Mauretania and Carpathia.

Sting told the audience, ‘I was born and raised in Wallsend in the shadow of the Swan Hunter shipyard.  My earliest memories are of ships being built and launched into the river.  With ‘The Last Ship’, I thought I would try and honour the community that I came from because everyone around me worked in the Swan Hunter shipyard, including my grandfather and all his brothers.  My family has had things to do with the sea for many years.’

He continued: 'Cunard are backing the concert that we are doing with the Sage in Gateshead.  It’s a benefit for the Sage, celebrating sits 10th anniversary.  It’s only right and fitting to take this story back in some form to the people who inspired it. I’m happy to bring these songs and stories home.’

On Friday afternoon 700 children from local schools sang songs from the musical with Sting at the Sage, and on Saturday he and fellow musicians did a matinee performance in front of a packed audience of former shipyard workers.

David Dingle, chairman of Cunard, said: ''The Last Ship’ has songs that go to the heart of this country’s shipbuilding industries, and reflect Cunard’s own proud heritage with the North East including the famous four-funnelled Mauretania, launched in 1907, which went on to hold the Blue Riband for the fastest Transatlantic crossing for 22 years and Cunard's little Carpathia, which rescued all the survivors of White Star Line’s Titanic in 1912.'