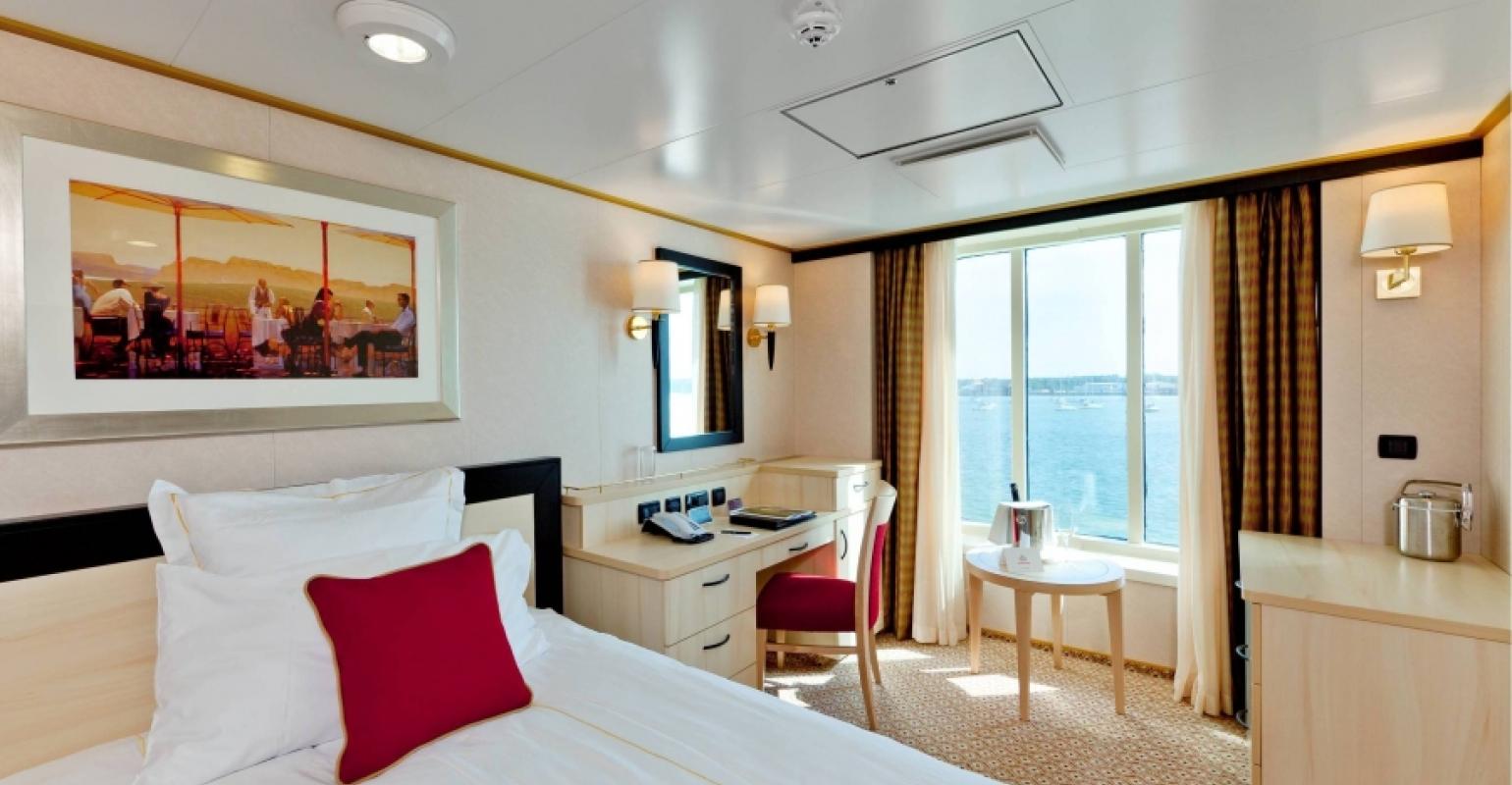 As earlier reported, eight outside and one inside stateroom have been added to the ship and are on sale now, available for booking beginning with the December 16 sailing.

Other additions following the refit include waiters with insulated coffee and tea pots serving passengers with hot drinks at all meals, following the refurbishment of the ship’s informal Lido restaurant. The addition of recessed risers improved the styling of this self service area as well as passenger flows within it.

More generally, carpets have been renewed and large flat-screen televisions, mostly 32 inches or larger, have been installed in staterooms. Sun awnings have been erected on the open area near the Lido pool at the stern on Deck 9 and on both sides of the Grills Upper Terrace area near the top of the ship to offer more shade on deck.

The creation of a dedicated studio enables the ship’s photographers to offer high-end portraiture plus touch screens have been added in the photo gallery for easier selection of photos.

Shopping in the Royal Arcade on Deck 3 has been transformed. New fine jewellery and watch shops have opened and the layout, lighting and overall shopping experience for passengers has been enhanced.

On the technical front, scrubber technology and a new alternator have been installed.