Curtains up for Golden Princess in Melbourne 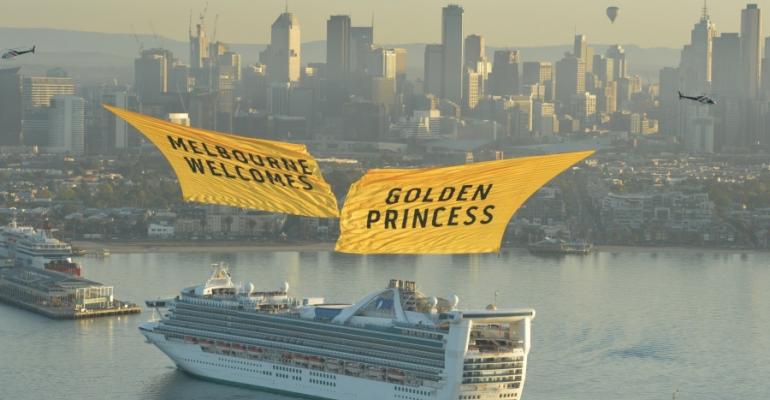 Melbourne welcomed Golden Princess in spectacular style when the 2,600-passenger ship arrived today for a five-month season of cruises from Victoria’s capital that runs until April 4, 2016.

The new arrival was greeted by two massive golden curtains, each measuring 20,000 sq ft, which were flown out to the ship by two helicopters as she sailed into Port Phillip Bay.

The curtains were then drawn apart revealing the largest cruise ship to be homeported in Melbourne.

At 108,000gt Golden Princess is 40% larger than the previous biggest ship to be based in Melbourne, Dawn Princess. She will carry 23% more passengers during her inaugural Melbourne deployment, with 40,000 set to cruise in her over the next five months.

The season is expected to deliver around A$15m to the Victorian economy in passenger and crew spending, as well as supplies and port charges.