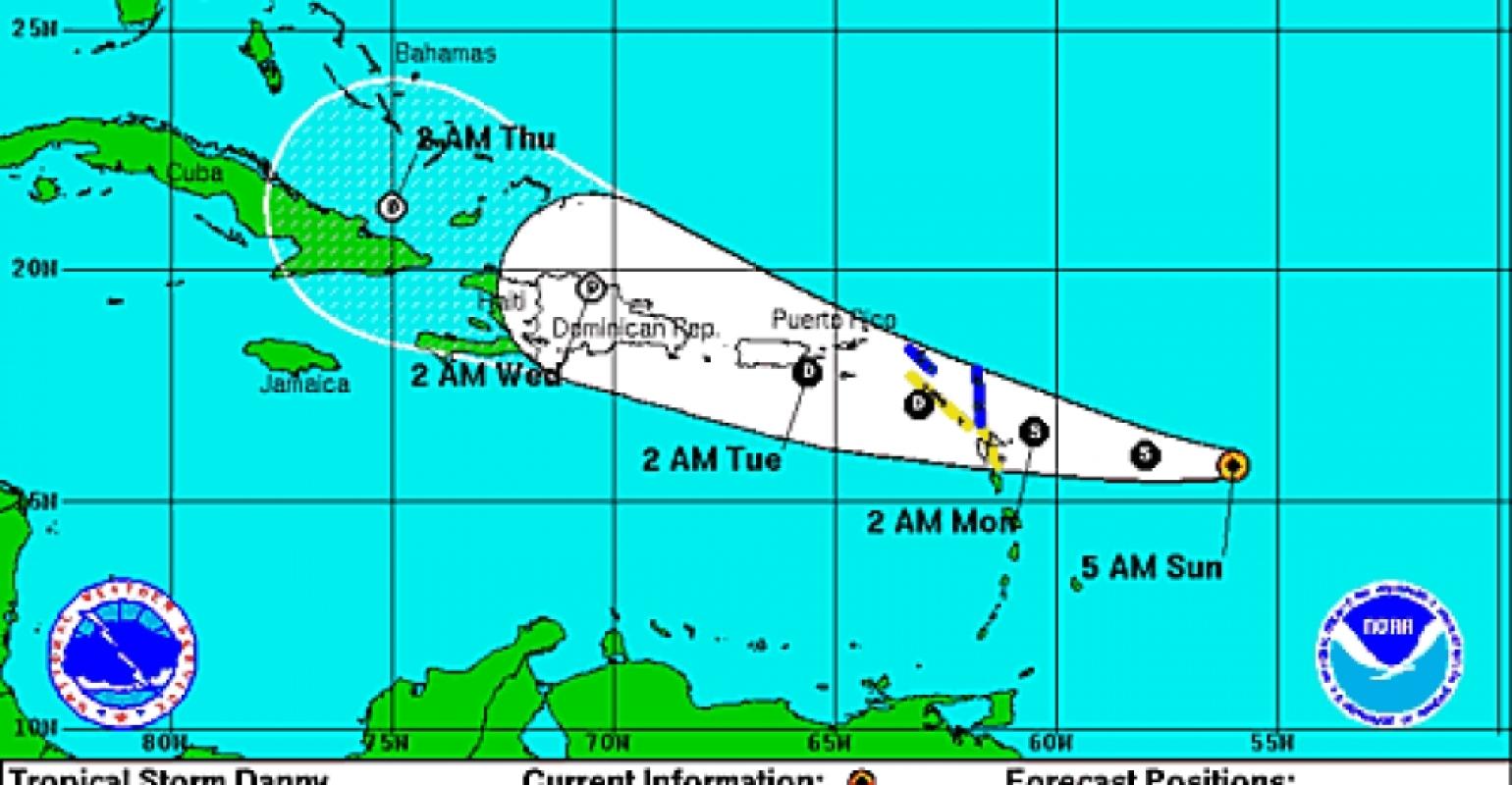 Joining several other ships that rerouted from the eastern Caribbean, Freedom of the Seas will head west to avoid the storm

Monday morning update: Danny has weakened into a tropical depression and is expected to degenerate into a remnant low later today. Forecasters at the National Hurricane Center in Miami said the storm is expected to produce two to four inches of rain over the Leeward Islands, the US and British Virgin Islands, and Puerto Rico through Tuesday. As forecasters predicted, Danny has weakened from a hurricane to a tropical storm and warnings were issued for portions of the Caribbean's Leeward Islands. In addition to earlier announced reroutings, two more cruise ships will operate revised itineraries to avoid bad weather.

Royal Caribbean International said Port Canaveral-based Freedom of the Seas will call at Montego Bay, Grand Cayman and Cozumel instead of St. Thomas and St. Maarten as planned.

San Juan-based Carnival Liberty of the Seas will spend Monday and Tuesday at sea, call at Barbados on Wednesday and St. Lucia on Thursday as planned, then visit St. Maarten on Friday and St. Thomas on Saturday. The itinerary will drop St. Kitts.

As of Sunday morning, Danny—once a Category Three hurricane—had weakened into a tropical storm with winds near 50 mph/85 km/h, with higher gusts. Forecasters at the National Hurricane Center in Miami said additional weakening was expected during the next 48 hours.

Forecasters said interests in the US and British Virgin Islands, Puerto Rico and the Dominican Republic should monitor Danny's progress, and additional watches or warnings may be issued.