Death toll could climb to 28 in Danube collision 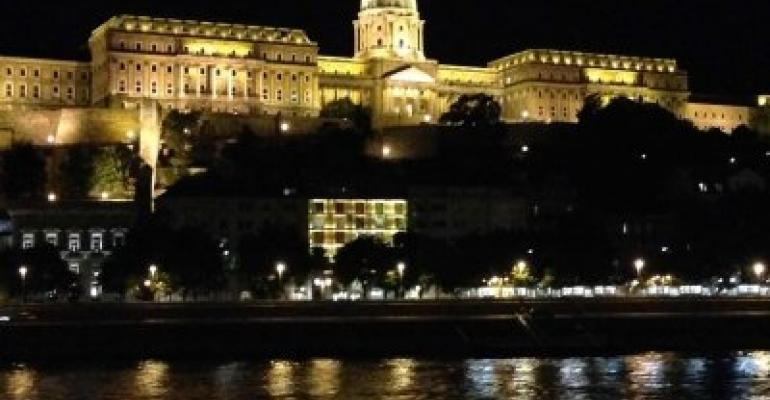 All those missing, dead or rescued were from the Hungarian-registered tour boat Hableány, which sank immediately after colliding with Viking Sigyn Wednesday night in the center of Budapest FILE PHOTO: Anne Kalosh
Wednesday night's deadly collision at Budapest between a small excursion boat carrying South Korean tourists and Viking Sigyn was the second involving Viking Cruises on Europe's waterways this season.

The Hungarian-registered Hableány sank immediately, with seven people from the boat confirmed dead and 21 missing. Seven people were rescued. No injuries were reported aboard Viking Sigyn, which remained operational and was able to dock following the collision.

Wednesday's incident took place shortly after 9 p.m. at the Margaret Bridge in the centre of Budapest. A video released by the Hungarian police shows the 28-meter Hableány capsizing and sinking immediately after the impact. The 1949-built tour boat, which was certified to carry up to 60 passengers, was just finishing an hour-long excursion carrying 35 people. According to local media, 30 or 31 people were tourists, two or three were South Korean tour guides and two were Hungarian crew.

The search and rescue operation continued all night. The wreck of Hableány was grounded some distance from the Margaret Bridge in a depth of about four metres. By Thursday night, seven bodies were recovered, some several kilometres away from the accident site. Others aboard Hableány, including the two Hungarian crew, remained unaccounted for.

Local authorities fear the death toll may rise to 28, since the strong current and water temperatures of no more than 10 to 12 degrees Celsius make it difficult to survive for any longer period.

Shipping on the Danube between Budapest and the southern borderline of Hungary was suspended temporarily Thursday to facilitate the operation. At the same time, divers tried to search Hableány, but this was hampered by the strong current.

Plans are under way to salvage excursion vessel, where it is expected more bodies will be found. Local media reported this operation might take a week. Meanwhile, the South Korean government dispatched a delegation to Hungary. Support also arrived from Austria, which sent 10 divers from a special police force to support the Hungarian team.

The 190-passenger, Swiss-registered Viking Sigyn is part of the 135-metre Viking Longships series. It was built at Germany's Neptun Werft and inaugurated in March.

Viking Cruises said it is cooperating in the investigation.