Deilmann chairman exits as 2014 turnover is under budget 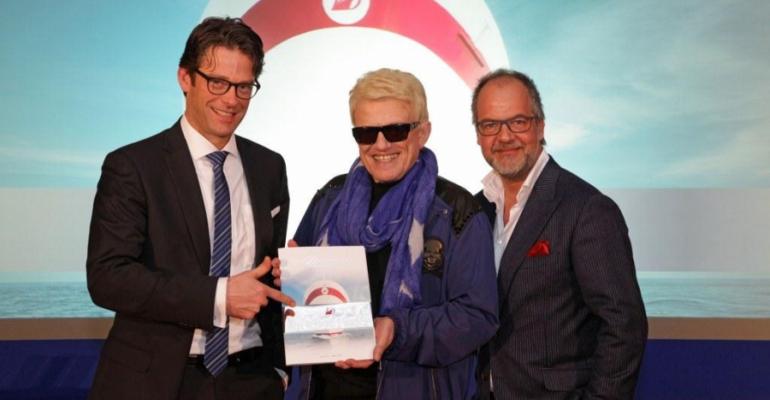 Christopher Nolde, far left, during the presentation of Deilmann's brochure in March
Christopher Nolde, chairman of Reederei Peter Deilmann and its parent company, MS Deutschland Beteiligungsgesellschaft, is leaving 'by mutual agreement,' as the group said in a statement that also indicated yet another restructuring.

In his place, the management of Deilmann/MS Deutschland is going to be reinforced by a team of experts specialised in sales, shipping and finance appointed by the majority shareholder, Callista Private Equity.

Frank Thüringer retains his md position and continues in charge of finance.

MS Deutschland Beteiligungsgesellschaft also stated it will not make its planned 2014 turnover, which could come in 6% under budget. The company blamed an unsatisfactory result of sales activities in the past weeks. Bookings by existing customers are going well, however the strategically important acquisition of new clients is not proceeding as planned.

In light of the weak figures Callista made clear it will investigate 'all options' for a restructuring of MS Deutschland. The extensive overhaul and upgrade of its sole cruise ship, Deutschland, later this year will go ahead as planned. Also, the sales cooperation recently agreed with FTI Cruises will continue.

'The high potential of Deutschland will be accessed through a number of additional, already defined sales activities in the forthcoming months,' MS Deutschland's statement said, adding: 'This requires especially promptness, flexibility and innovation as well as further investments in the product quality.'

Reederei Peter Deilmann and MS Deutschland have been plagued by a difficult economic environment and ownership and management changes. Early this year Callista Private Equity acquired the majority of shares from Aurelius AG, which had installed Nolde as chairman in early 2013.

Last autumn Konstantin Bissias, the md in charge of sales and marketing, left the group to become coo of the German port agency network Sartori & Berger.

Nolde holds some shares in the group. It has not been confirmed whether he will retain or sell them.