Delivering luxury on the rivers—'small is the new big' 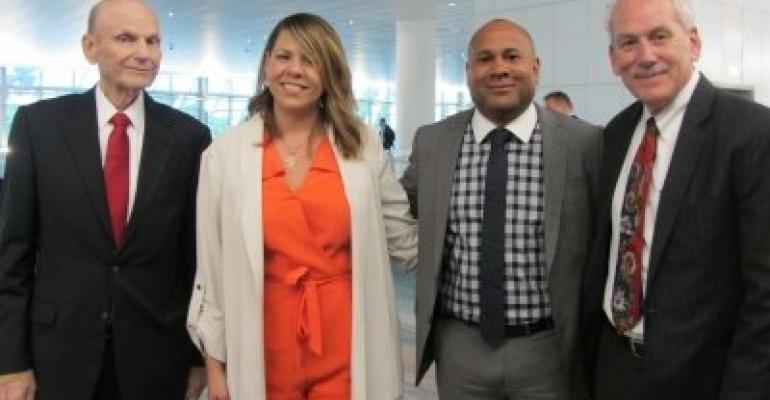 As the river cruise industry continues to expand and evolve, the focus is on introducing innovations without building ever-bigger ships, as many mainstream ocean cruise lines have done.

Since European river ships are limited in size by bridges and locks, most are roughly the same size. However, Crystal River Cruises and AmaWaterways both have ships that are about twice as wide as the traditional river ship.

“We came to the river cruise space knowing that we’re going to be on the luxury side and own that same space as we do on the ocean cruise side,” said Walter Littlejohn, vice president and managing director of Crystal River Cruises. “We sail the largest size river ships that can possibly sail yet carry half as many guests as we could carry on that size hull. Luxury isn’t about going bigger, it is about delivering what guests expect.”

Janet Bava, cmo of AmaWaterways, noted that the new AmaMagna, due out in May, is twice the size of its other ships, yet it will carry only 20 percent more passengers. “There are a lot more spaces and a lot more options on the AmaMagna,” she said. “It’s not only the spaciousness factor but it’s comfortable luxury.”

At Tauck, a tour operator that offers a number of river cruises, the emphasis is on the destination experience, said Katharine Bonner, senior vice president - river and small-ship cruising. “We got into river and small-ship cruising in the '90s, and we keep the destination experience at the forefront,” she said. “In the premium and luxury space, small is the new big. We want access to those types of unique destinations and experiences that taking more passengers isn’t going to give us.”

While much of the focus on river cruising is in Europe, it also is seeing unprecedented growth in the U.S., said John Waggoner, founder and CEO, American Queen Steamboat Co.

“With our ships, people can drive to the port, they’re never out of sight of land, they don’t have to fly to a foreign country, and they can pay for it in U.S. dollars,” he said. “A big one, especially on the Mississippi and Oho rivers, if they ever become ill or injured, we have easy access to U.S. doctors and U.S. hospitals; we can pull over anywhere along the river and they find that very, very comforting.”

The executives agreed that they are not primarily competing against ocean cruise lines, but land vacations.

“We’re seeing a lot of people who wouldn’t consider a normal cruise experience,” Littlejohn said. “A river cruise ship is more like a boutique hotel. When we’re in ports, we’re in the center of towns and villages just like a hotel would be. The river ship is their hotel that just happens to move from place to place.”

Robertson also noted that today’s river ships are much more environmentally friendly than they were in the past. “Ships today have about 5 percent the impact that the ones we were building 10 years ago. If we look at what we were building 25 years ago, the impact is probably 1 percent.”