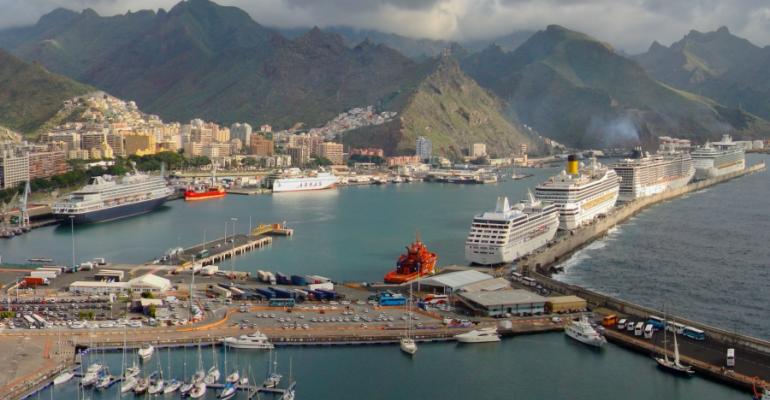 Spanish ports administered by the public sector Puertos del Estado reported passenger numbers rose to 3,249,554 during the first six months, in spite of the 2.7% decrease in calls.

Among the top 10, five recorded increases, but two of those were minimal.

Standing third was Las Palmas in the Canary Islands, racking up a 54.5% gain to 576,062 passengers aboard 274 port calls, a 19.1% increase. The impact of larger capacity vessels was clearly evident, and the success of Las Palmas was effectively the engine in pushing overall Spanish statistics into the plus column.

In fourth place was nearby Santa Cruz de Tenerife, with a 6.8% gain to 448,121 passengers aboard 275 calls, a minuscule 0.4% decline which nonetheless placed the port second in that category.

Málaga came in fifth, declining 2.6% to 167,860 passengers, a respectable achievement in light of the 15.5% decrease to 93 port calls, sixth-ranking in Spain.

No other Spanish ports reported as many as 60,000 passengers, nor more than 43 calls. Some 22 Puertos del Estado ports received cruise ships in the first half of the year.