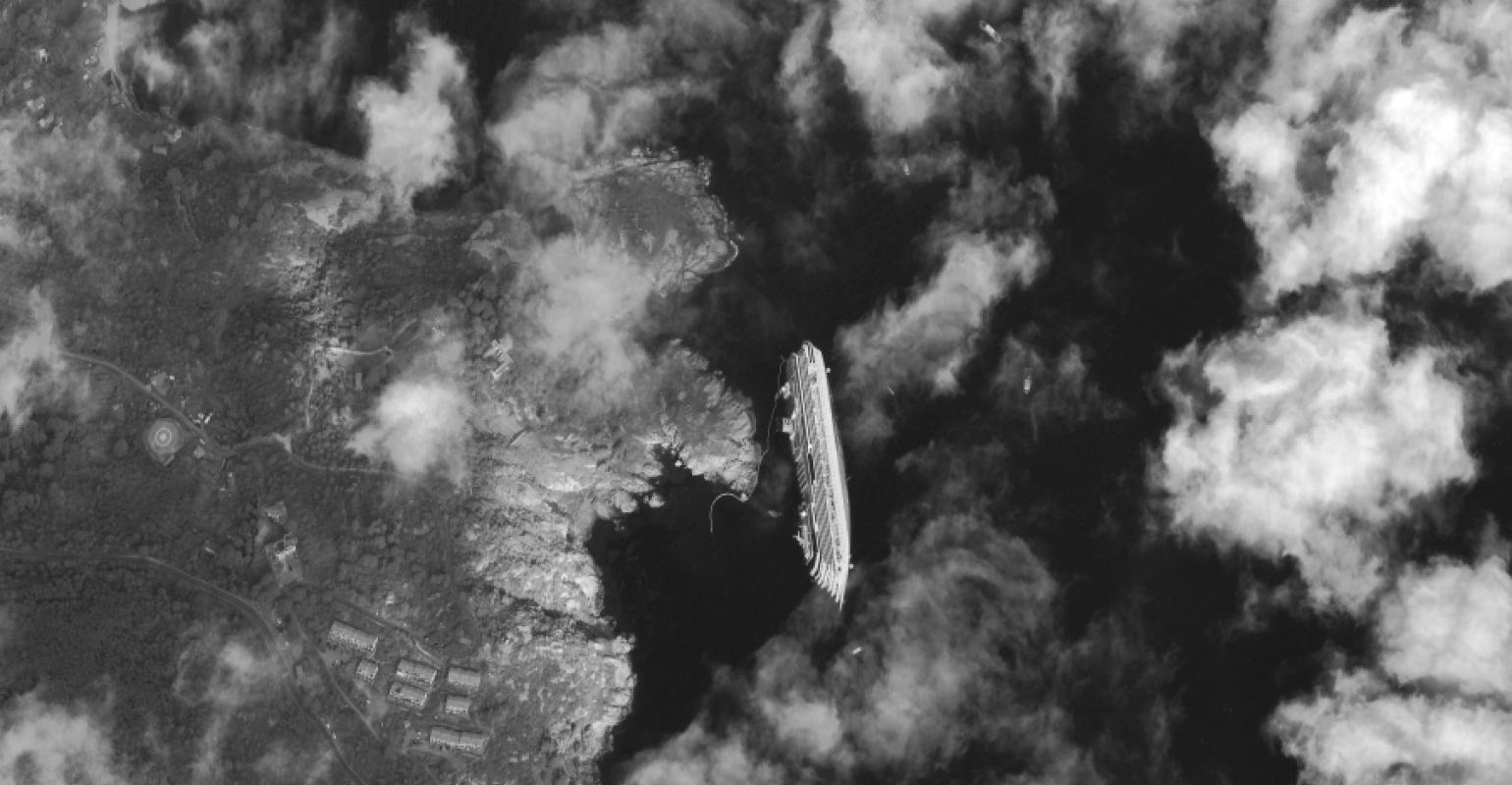 Costa Concordia - as seen from space on Jan. 17

Satellite imagery provider DigitalGlobe has released a picture of Costa Concordia from space. The image was taken on Jan. 17, four days after the vessel capsized after hitting rocks off Giglio, Italy.

Salvagers SMIT on Friday continued their preparations to remove fuel from the half-submerged vessel as experts estimated the wreck could cost the insurance industry up to $1bn, making it the largest-ever shipping loss for insurers, according to Reuters.