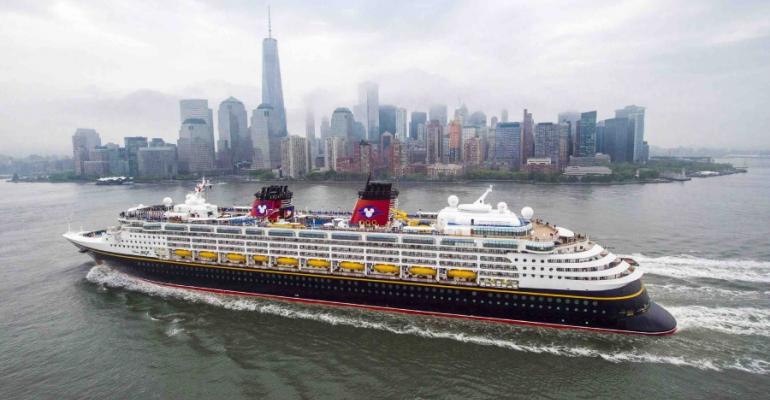 In autumn 2017, Disney Cruise Line will return to New York with sailings to the Bahamas and Canada, among them a new week-long Canada cruise. San Diego will serve as a homeport for itineraries that include the Mexican Riviera after a gap of several years. And Galveston again will be a base for Caribbean and Bahamas jaunts.

On Oct. 21 next year Disney Magic will sail from New York on a seven-night Canada itinerary, the longest voyage the line has ever operated in Atlantic Canada. Charlottetown, Prince Edward Island, is new on this cruise.

Bar Harbor, Maine, is another new port for Disney as part of a five-night cruise that departs New York on Sept. 27. This sailing also will stop at Saint John, New Brunswick.

A total of six seven- and eight-night cruises to the Bahamas, all including Castaway Cay, will be a part of the New York season.

On the Bahamas cruises each passenger will each receive a one-day Walt Disney World Park Hopper ticket and round-trip transportation for the drive between the ship at Port Canaveral and the resort.

In September and October next year Disney goes back to San Diego with a variety of Disney Wonder cruises to Baja California and the Mexican Riviera.

The Galveston program includes eight seven-night cruises to the Caribbean and the Bahamas. On Nov. 10 and Dec. 1, Disney Wonder will operate a western Caribbean itinerary from the Texas port to Cozumel, Grand Cayman and Falmouth, Jamaica.