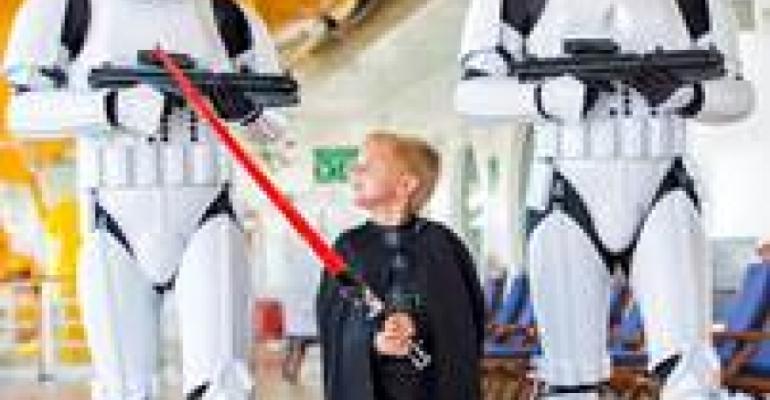 Star Wars Day at Sea returns in 2017 as the special Disney Fantasy sailings expand to both eastern and western Caribbean itineraries and nearly double to 15, up from eight this year.

in number to 15 cruises — up from eight in 2016. During this day-long celebration, Star Wars Day at Sea combines the power of the Force and the magic of Disney for an out-of-this-galaxy cruise experience unlike any other.

Each sailing features a full day of dark side and light side fun, including official appearances of Star Wars characters, a deck party and fireworks, Star Wars-themed family and youth activities, screenings of Star Wars films, special food and beverage offerings and themed merchandise.

Among the films will be 'Rogue One: A Star Wars Story,' the first in a new series of stand-alone 'Star Wars' films, to be released on Dec. 16, 2016, as well as all seven movies in the 'Star Wars' series.