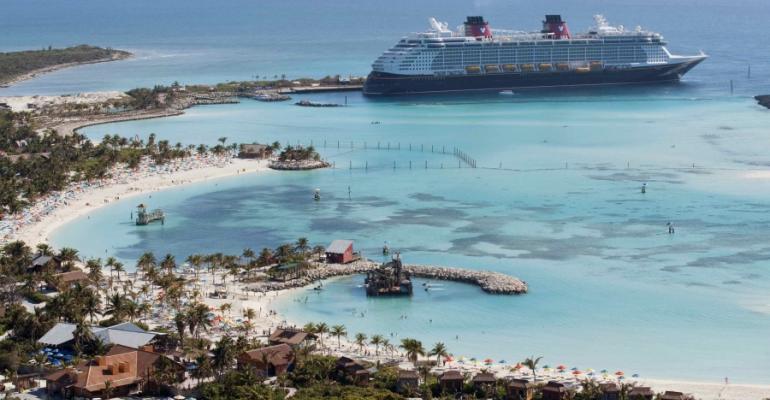 Disney Cruise Line returns to favorite destinations in the Caribbean and Bahamas on a variety of early 2017 itineraries, most from Port Canaveral and PortMiami. Limited-time engagements in San Juan and Galveston complete the lineup for the first part of the year. Many cruises feature a stop at Castaway Cay.

To kick off 2017, Disney Magic continues sailing from PortMiami with three-, four- and five-night voyages to the Bahamas, plus select five-night western Caribbean cruises, through March 31.

Castaway Cay is on every one of these sailings. Other ports include Nassau and Key West, while a stop at Grand Cayman or Cozumel headlines the western Caribbean itineraries.

Disney Wonder completes a season in Galveston with two seven-night Bahamian voyages to Key West, Castaway Cay and Nassau on Jan. 6 and 13. From there, the ship embarks on a six-night journey to San Juan on Jan. 20 with stops at Cozumel, Grand Cayman and Falmouth, Jamaica.

On Jan. 26, a three-night cruise aboard Disney Wonder travels from San Juan to Port Canaveral.