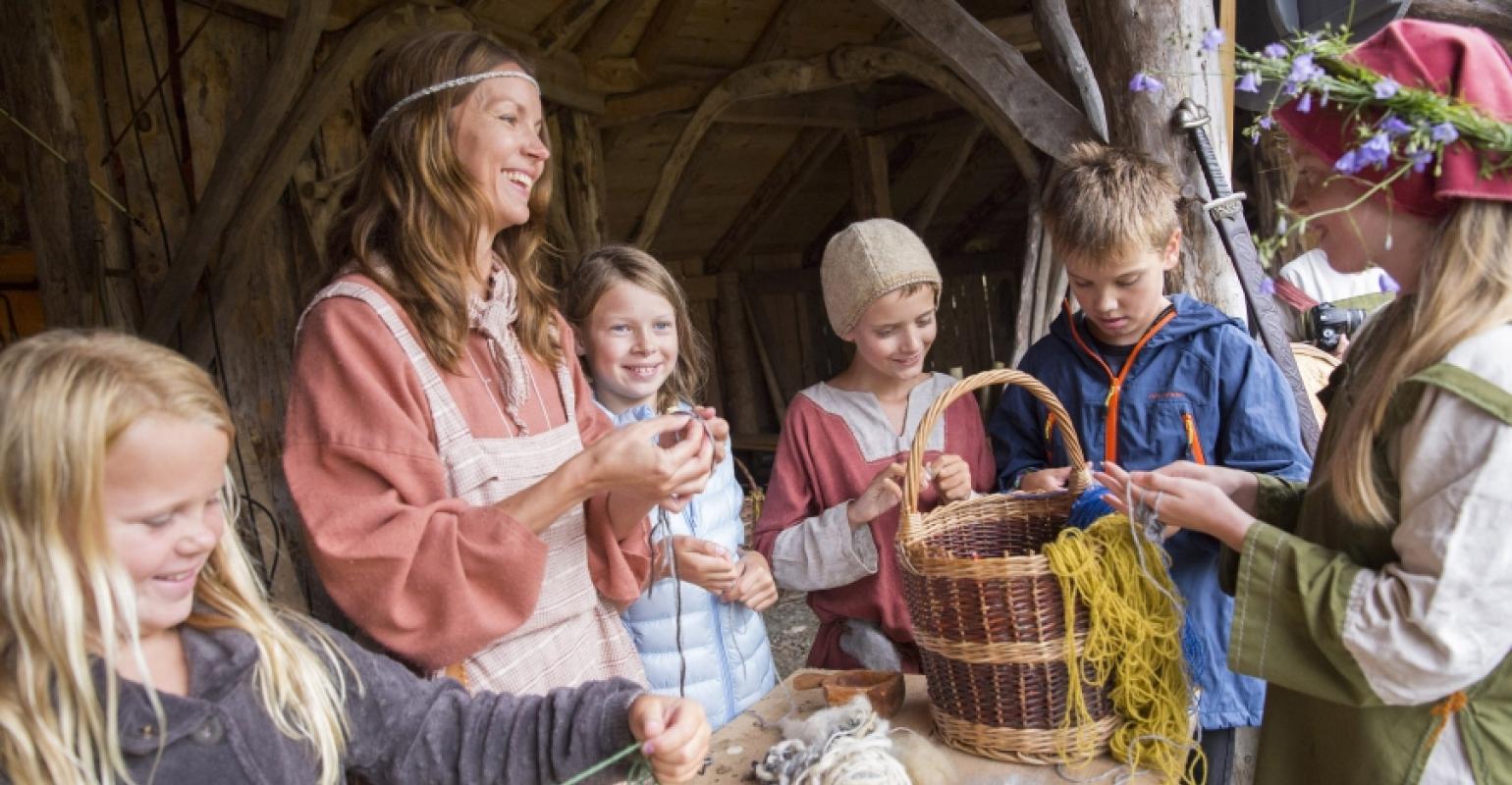 During one excursion participants visit a Viking village

In Ålesund 'Frozen' characters Anna, Elsa and Kristoff will make their first appearance in the land that inspired their story. Exclusive to Disney Cruise Line is a Norwegian summer celebration at the Sunnmøre Open Air Museum where the festivities culminate with the grand arrival of the sisters and their ice-loving companion, Kristoff. Participants will get to dance to local musicians and sample Norwegian specialties, including svele, a sweet pancake from the region.

Another Ålesund adventure exclusive to Disney includes a Viking village on the island of Giske, where participants head back in history. They'll get to mingle with Norse families to experience traditions, authentic food and games and can learn Viking handiwork by crafting their own leather bags.

From the village of Olden an exclusive Disney adventure goes to the Norwegian Fjord Horse Center to learn about one of the world’s oldest breeds and a national symbol. Participants get to watch a dynamic riding performance and take in the scenery during a carriage ride around the grounds.

For those with a culinary passion, a Disney exclusive in centuries-old Kristiansand has participants prepare Nordic specialties such as wild game filets and krumkaker, a waffle cookie typically served around Christmastime. The experience culminates in a meal paired with a glass of wine.

From Geiranger, Disney cruisers can travel to Gjaera Mountain Farm where the family provides a slice of daily life. Children join Disney youth counselors to create stamped pillows in the farm’s printing studio using handmade wooden stamps that have been passed down through the family’s many generations. Meanwhile, adults explore the farm and its microbrewery. Everyone reunites for traditional foods produced at the farm including juices, breads, creams and cured meats.

Another journey takes participants to Herdalsetra Mountain Farm, where on the way to a nearby scenic valley they will get a spectacular view of Geirangerfjord and the Seven Sisters waterfall. They then tour the farm with its 30 farmhouses and more than 450 goats and sample fresh cheeses including Norway’s famous brown cheese.

For more adventure, cruisers can kayak through Geirangerfjord.

Outside Molde, 'town of roses,' Disney passengers arrive for an afternoon at one of the largest folk museums in Norway, the Romsdal Open Air Museum, with more than 50 buildings. The visit includes folk dancing by local children in traditional regional outfits.

At Reykjavik, families can travel to see the volcanic craters and lava fields that make up the country of Iceland. They take part in an art workshop on the edge of the hardened lava field, using real lava to create their own framed lava art.

A tour of the Golden Circle takes in some of Iceland’s iconic attractions, and visits a national park, a waterfall, hot springs and a high-tech geothermal energy exhibition. Over a barbecue lunch in the woods offered exclusively to Disney cruisers, troll wife Gryla and her helpers tell the legend of troll giant Bergthor of Bláfell, whose large grave, headstone and ring from his walking stick can be found in a nearby churchyard.