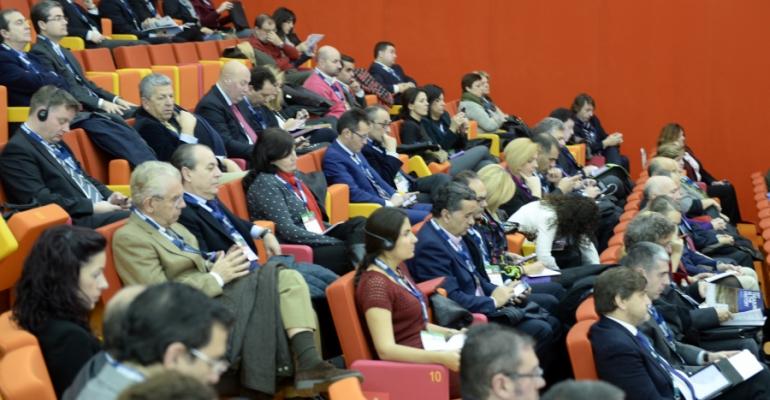 'It is a state of mind, and there is no worse enemy than being put in a position where you find your own obstacles to growth,' he stated. 'The question is: Why are we in the situation we are?'

Anastassiadis believes that blaming seasonality strictly on the weather is deceiving. Employing statistics shown by MedCruise secretary general Thanos Pallis earlier in the session, Anastassiadis noted Piraeus had 159,000 passengers in the winter season, fewer than Hamburg. 'If you compare the weather of Piraeus and Hamburg, where would you rather be? Piraeus. So something is not happening.

'We sell the majority of cruises on warmth and weather,' Anastassiadis argued, 'so Med equals summer. So people do not think of it in the winter. It is a summer destination.'

He went on to say the region needs to start promoting its ability to welcome passengers throughout the year, and encourage discussion among the ports, tourism authorities, airlines and others to create a strategy that promotes the region on a year-round basis.

Each competitor has its own strengths and weaknesses, but a particular weakness in the Arabian Gulf highlights a strength of the Mediterranean, according to Robinson. The lack of a coherent and united offering from the Middle East is preventing its growth, and the best way for the Mediterranean to prevent the Middle East taking the Med’s share of winter traffic is to continue to improve relationships and cooperation within its own region.

Robinson also took a moment to congratulate Cartagena’s exceptional growth, from 19 cruise calls in 2009 to 100 this year.

From the smaller ship end of the market, Chris Coates, commercial cirector at Cruise and Maritime Voyages, added his views. The line, which carries 115,000 passengers per year from the UK on a fleet of four vessels, tends to deploy on long-haul voyages to South America or other itineraries outside of Europe during the winter.

Despite the general preference of the retired and semi-retired passengers CMV carries, it is debuting a fly-cruise season this year.

'There are high airlift costs attached to winter programmes based in the Mediterannean but I think the climate is an excellent one for North European passengers,' Coates said.

'We are looking at the Med very closely at the moment, possibly linked to cruise and stay programmes, something a little different.'