Do's and don'ts for recovering from a river cruise operator's collapse 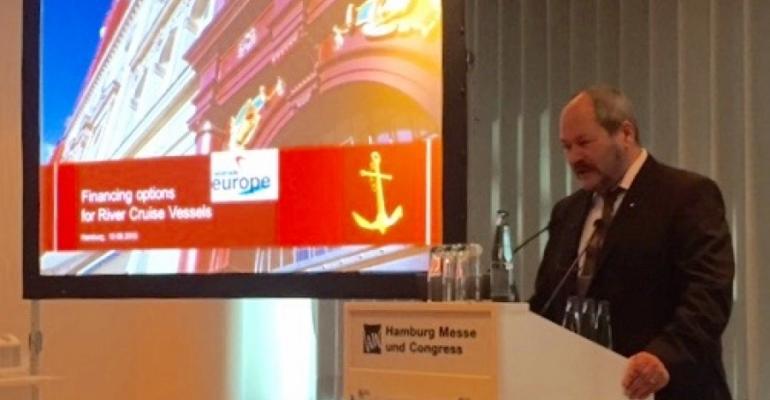 Cédric Petitpierre discusses how a river cruise operator's collapse can be handled professionally and even be turned into an opportunity (Photo: Frederik Erdmann)

The most important steps in case of a river cruise operator's collapse are to avoid panic reactions, continue the vessels' operation and sell the affected fleet in bloc rather than ship by ship, CIC Bank's head of special finance, Cédric Petitpierre, said Thursday at Seatrade Europe.

'In case of a shortfall it is most important to assure the continuation of the vessels' operation,' Petitpierre stressed, mainly in order to keep charter payments flowing but also to obtain a better price by selling a vessel together with the charter contract. A written agreement with a major operator able to provide a complete nautical and hotel crew within the shortest notice allows the bank to keep vessels running until their sale. That way the charter contract can be maintained with charter fees continuing to be paid.

Petitpierre said a river ship's sale can be completed within three to six months, although extreme cases would entail waiting for the next season's capacity planning—that is, up to 12 months.

That has to be avoided because of the laying costs, Petitpierre added. His bank estimates monthly costs of a laid-up river ship as between €25,000 and €30,000.

It's important 'not to sell the fleet ship by ship' as this would bring price levels down significantly.

Another critical step is to properly maintain the fleet to retain the value of each ship.

Again, without citing nicko, Petitpierre drew an altogether positive conclusion of experiences from such a case. He said it gave the bank 'a whole lot of new contacts' and left it actually in a stronger market position than before. Petitpierre also said existing partnerships have been strengthened and a fast solution was found.

Following its insolvency, nicko cruises was taken over by Mystic Invest, a company controlled by the Portuguese river cruise entrepreneur Mario Ferreira, who also heads DouroAzul.

Speaking more generally about river ship financing, Petitpierre said the financial stability of the borrower is essential while the value of a vessel as security comes second. When starting its river cruise commitment with an approach focusing purely on a bank's role, CIC had gone deep into all aspects of operations, as well, turning into a true service platform for river ship financing.

Petitpierre said CIC Bank is trying to convince other financial institutions to enter the sector.

Europe's river industry has seen a massive surge in demand, especially from overseas markets, but also has been affected by a number of insolvencies. The professional handling of these cases has therefore become an important industry issue.