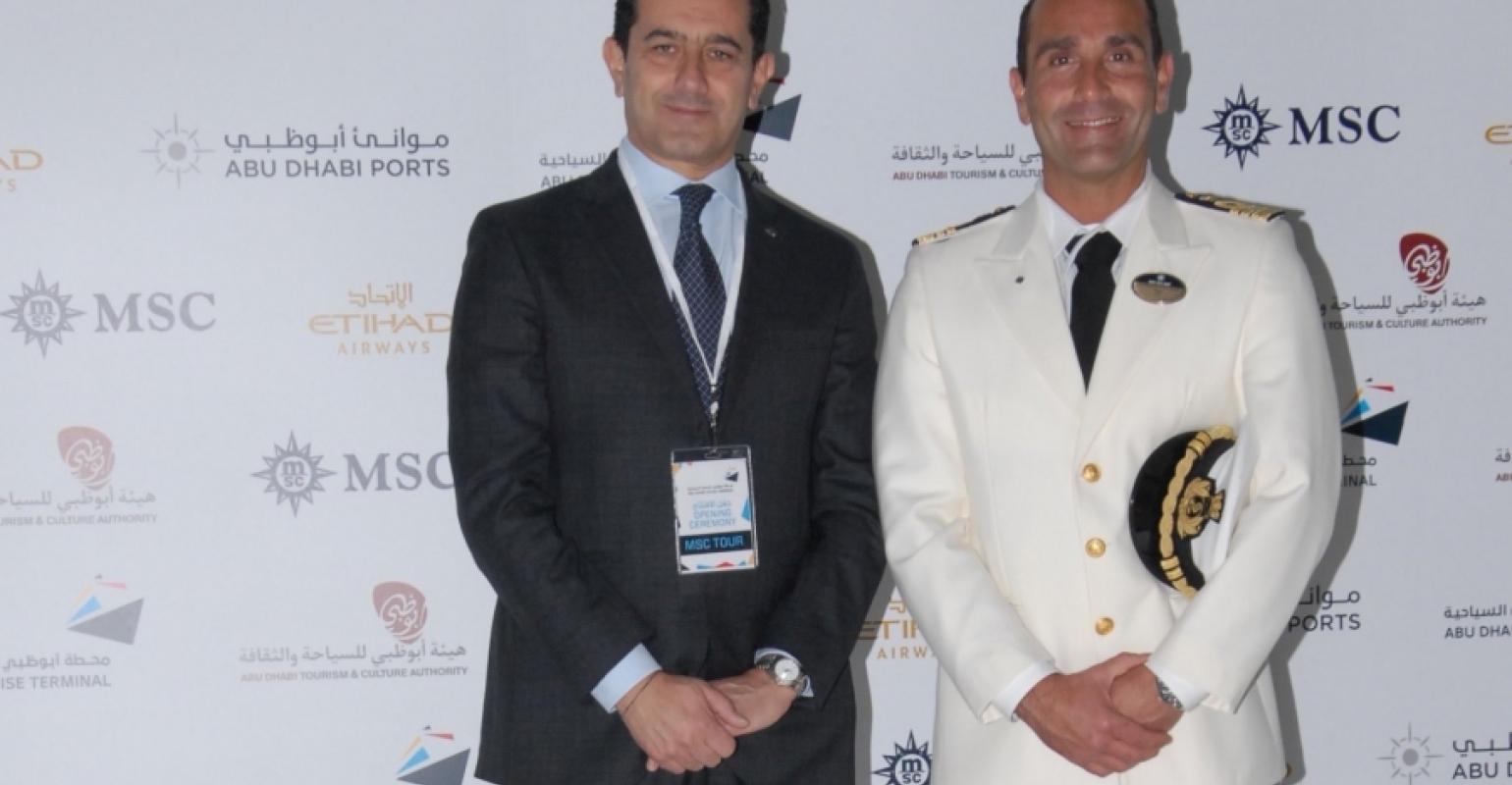 Double celebration for MSC Cruises in Abu Dhabi and Valletta

The 92,409gt MSC Musica is homeporting in Abu Dhabi and Dubai for 16 seven-night cruises calling at Khor al Fakkan, Muscat and Khasab.

Gianni Onorato, ceo of MSC Cruises, declared: 'It is an honour for MSC Cruises to have MSC Musica berthed here at Zayed Port as it is inaugurated, which marks the first time that a global cruise line homeports in this fascinating and captivating city. It also reflects the importance that the region and its riveting history and landscapes represent for our guests, and it is testament to MSC Cruises’  capacity to offer the most sought-after destinations as they become accessible.”

It was a busy day for MSC Cruises as whilst the events in the Arabian Gulf were taking place, in Malta Pierfrancesco Vago, executive chairman of the cruise line, was honoured with the island nation’s Order of Merit, reserved for those who have demonstrated exceptional merit in the service of Malta.

Vago was bestowed the honour for his and MSC Cruises’ substantial and continuing contribution to the Maltese cruise industry, and therefore to its economy.