Double silver anniversary for Crystal and its Australasian gsa 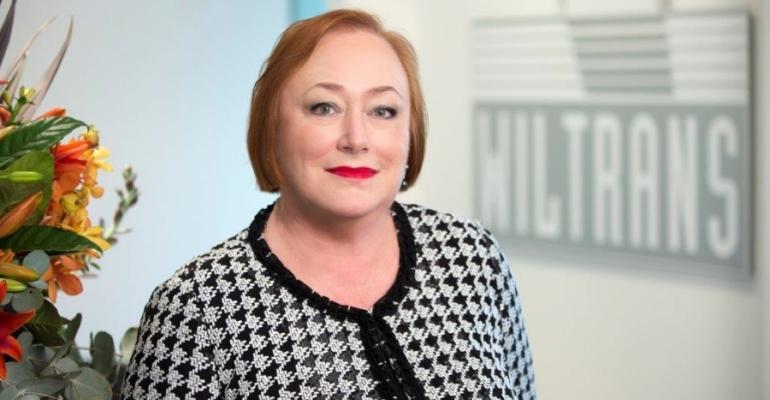 Diane Patrick, md of Wiltrans International, general sales agent for Crystal Cruises in Australasia, was in Auckland to welcome Crystal Serenity which is making a ‘Silver Celebration World Cruise.’

Patrick, whose company will have represented Crystal Cruises for 25 years in July, was there to show travel agents the results of an ‘extreme makeover’ the luxury liner underwent at the Navanita Shipyard in Spain.

It is the first time the 68,000gt ship, which is making Crystal Cruises’ first circumnavigation of the globe to celebrate its 25th anniversary, has visited the region since its drydock at the end of 2013.
Crystal Serenity, which arrived in Auckland last Thursday, sailed on Saturday for Tauranga, Napier, Wellington, Akaroa, Dunedin and Dusky, Doubtful and Milford Sounds.
Patrick will showcase Crystal Serenity to industry partners again when it arrives in Sydney on March 3.
The 1,080-passenger ship will then sail to Melbourne and Adelaide, before making the company’s maiden call at Albany where passengers will have the opportunity to visit the National ANZAC Centre that commemorates the 41,000 Australian and New Zealand troops who left the city in 1914 for World War I.
Crystal Serenity will then proceed to Fremantle before heading to Mauritius. Her 108-day round voyage ends in Miami on May 4.
Copyright © 2023. All rights reserved. Seatrade, a trading name of Informa Markets (UK) Limited.
TAGS: people cruise lines
0 comments
Hide comments
Related