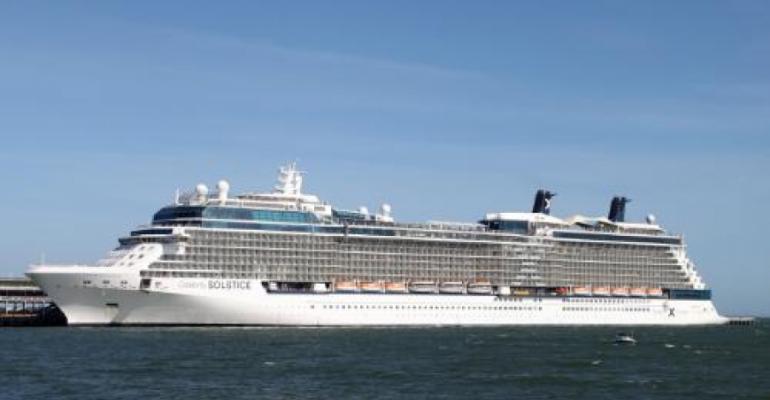 Celebrity Cruises and Boston College Athletics formed a marketing partnership brokered by Fenway Sports Management. Celebrity will be recognized as the Official Cruise Line of the Boston College Eagles, and is marketing an Alaska cruise with football star Doug Flutie, a Boston College alumnus.

'We are dedicated to raising local awareness about our premium product in New England, and look forward having more New Englanders join us on our stunning ships with enticing itineraries all over the world, including the BC Eagles Cruise to Alaska,' said Marla Phaneuf, regional sales manager and team manager of New England at Celebrity.

The Aug. 7 Celebrity Solstice cruise will offer Boston College alumni and fans the opportunity to mingle with Flutie as they explore Alaska.

Flutie graduated from Boston College in 1984 as College Football Player of the Year and recipient of the Heisman Trophy. He continued in the National Football League, playing for the Buffalo Bills, San Diego Chargers, Chicago Bears and New England Patriots. Post-football, Flutie served as a football analyst on ESPN, ABC and the NBC Sports Network. In 1998, he founded the Doug Flutie Jr. Foundation for Autism in honor of his son.

The seven-night BC Eagles Cruise will sail from Seattle with calls at Ketchikan, Tracy Arm Fjord, Juneau and Skagway. It includes exclusive events on board for BC affiliates, opportunities to meet Flutie, a $50 on-board credit and a Classic Beverage Package for two.

In addition to the fan cruise, the partnership between Celebrity and Boston College Athletics includes a variety of elements that will span the 2014-2015 season.