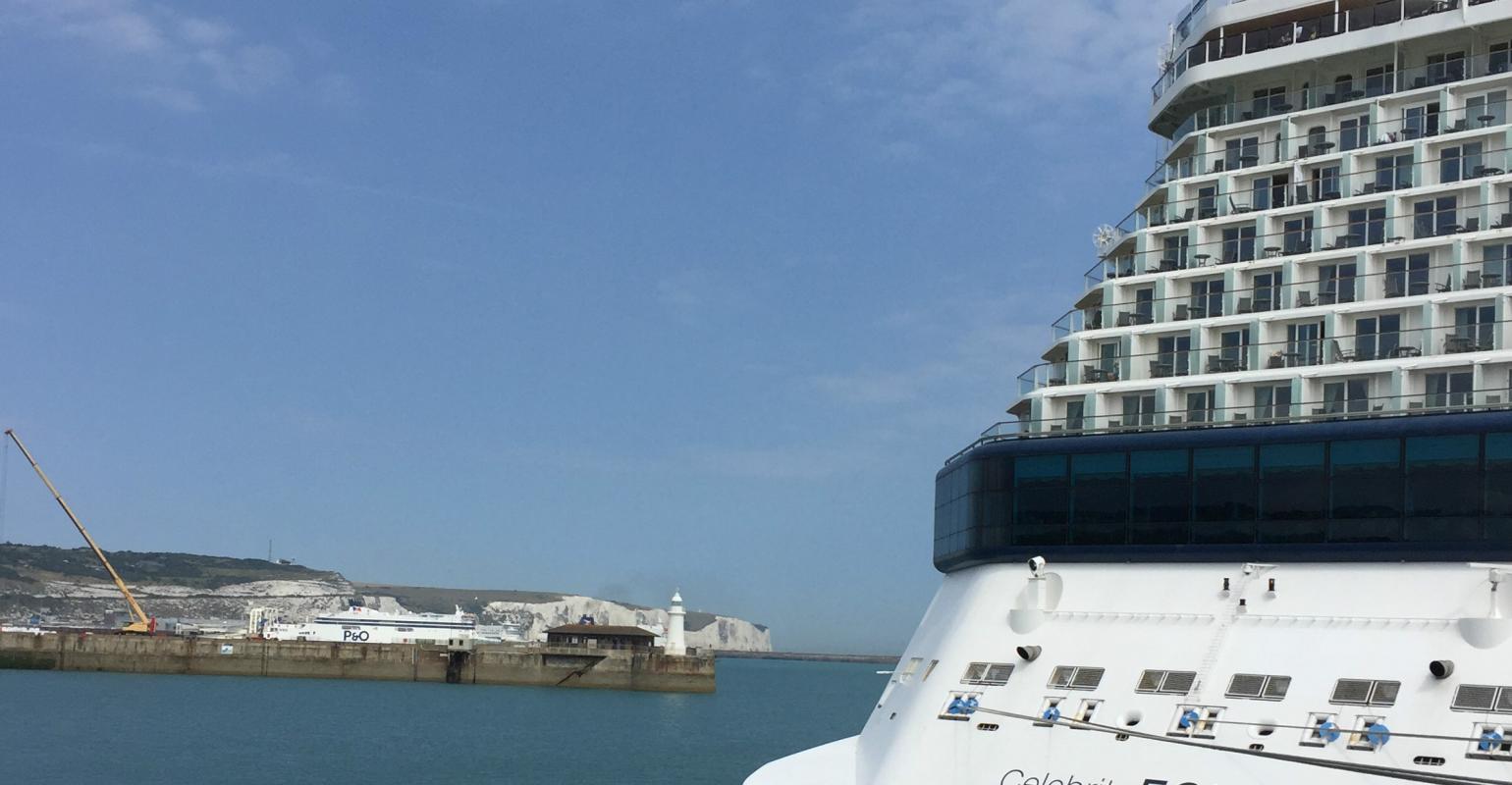 Celebrity Eclipse berthed at Dover's Cruise Terminal 2, to the left the Western Docks development in full flow
Cruise traffic at UK Port of Dover has increased 30% in the last three years and is set for further growth with the opening next year of a new 300mtr long (plus dolphin making it 350mtr) multipurpose quay as part of the Western Docks Revival development project.

The biggest investment in the port’s history, the £250m project - part funded by the EU - includes the design and construction of two new berths, a new marina pier, navigation channel and new lock gates, bascule bridge and capital dredging work.

‘The new berth will be ready in Q1 2019 and opens up new possibilities for us for cruise ship handling,’ says Barbara Buczek, director of corporate development at Port of Dover. Six cruise ships are already booked at the new facility which will have no terminal to start with and used primarily for transit cruise calls as a complement to the port’s two dedicated cruise terminals.

The port’s main trade is ferry traffic (cars and freight) to France and possibly lesser know, it is the UK’s busiest port for imported bananas.

Port of Dover has a long standing Cruise Partnership with Visit Kent whose members also include the local council, Canterbury, Leeds Castle and English Heritage, among others. Visit Kent works closely with the port and members, cruise passengers and consumers, ground handlers and cruise lines to promote the county’s attractions and tourist offerings, both at home and at trade fairs, including Seatrade Cruise Global.

‘Visit Kent has a staffed dedicated desk inside each terminal providing tourist information for cruise visitors, where they can sit and have a coffee and discuss what Kent has to offer during their stay,’ informs Sonia Limbrick, who has been head of cruise at Port of Dover for three years and prior to that worked at Azamara Club Cruises as business development manager.

Earlier this week Port of Dover welcomed Celebrity Eclipse for its maiden call on the last leg of a round Britain cruise which started and finished in Amsterdam.

Stuart Leven, vp EMEA and md RCL Cruises was on hand for the inaugural celebrations and he also hosted members of CruiseBritain to lunch on board followed by a ship’s tour.

Addressing the CruiseBritain summer meeting in the morning, Leven told member ports, destinations and service providers that the fact that passenger day calls to Britain have quadrupled in the last decade to reach 1.415m in 2017, ‘shows Britain is open for business and provides great opportunities for further growth.’

CruiseBritain will be exhibiting at Seatrade Cruise Med in Lisbon taking place September 19 and 20, 2018 and Leven is participating in the conference at the State of the Industry executive panel on the opening morning.