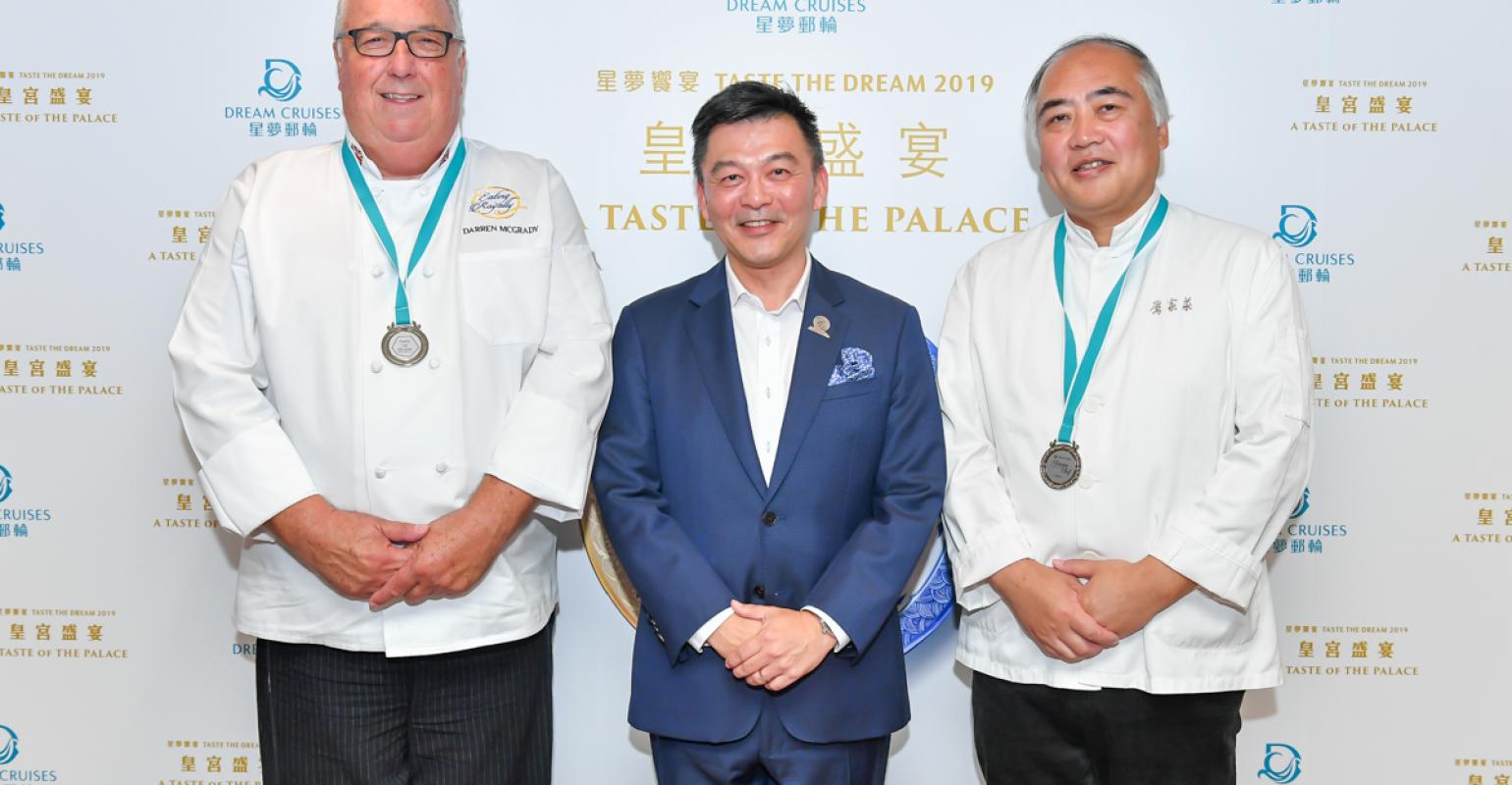 Dream Cruises presents ‘A Taste of the Palace’

‘Taste the Dream – Wine and Dine at Sea’, the signature culinary extravaganza of Dream Cruises, will return this year on sailings between October 2019 to January 2020, with the launch of ‘A Taste of the Palace’, featuring regal menus by two internationally acclaimed celebrity chefs, Chef Darren McGrady and Chef Ivan Li.

Making their debuts on Genting Dream and World Dream cruise ships, Chef McGrady a former chef to the British Royal Family while Chef Li of Family Li Imperial Cuisine hails from a family of imperial high court officials who served the courts of the Qing dynasty in China.

Michael Goh, President of Dream Cruises and Head of International Sales, Genting Cruise Lines said, ‘Taste the Dream – Wine and Dine at Sea’ redefines haute cuisine at sea with the best of the East and West. The program debuted last year with our ocean and sailing-inspired thematic collaborations with the region’s top celebrity chefs, which were well received.

During Chef McGrady’s tenure at Buckingham Palace and Kensington Palace for fifteen years, he cooked for the Queen and the Duke of Edinburgh and their guests on a regular basis.

He will make his Hong Kong and Singapore debut with Dream Cruises, where he will embark on Genting Dream from Singapore for a 3-night cruise on November 11-13, followed by two back-to-back sailings of World Dream on December 29 to January 3, with departures from the dual-homeports of Hong Kong and Guangzhou.

Family Li Imperial Cuisine was founded by the late Professor Li Shan Lin, whose grandfather, Li Zi Jia, was a highly ranked official of Empress Dowager Cixi in Qing dynasty and oversaw the imperial kitchen of The Forbidden City.

Upon retirement, Li recorded what he could recall of the imperial cuisine’s ingredients and cooking methods, which were passed on to his descendants.

Chef Li will set sail on World Dream in October to present three tasting menus from Family Li Imperial Cuisine. From October 13 to 20, guests who embark on the 5-night and 2-night cruises with departures from Hong Kong and Guangzhou will be treated to some of the most iconic dishes in the court of Qing dynasty, such as Tofu of Jade, a green pea mash created especially for Empress Cixi that has a distinctive hue of jade green; as well as Chinese-style Leopard coral grouper confit, a slow-cooked fish course prepared to perfection and favored by the emperors of the Qing dynasty.

Vegetarian options are available for both The Queen’s Feast and The Forbidden Banquet.