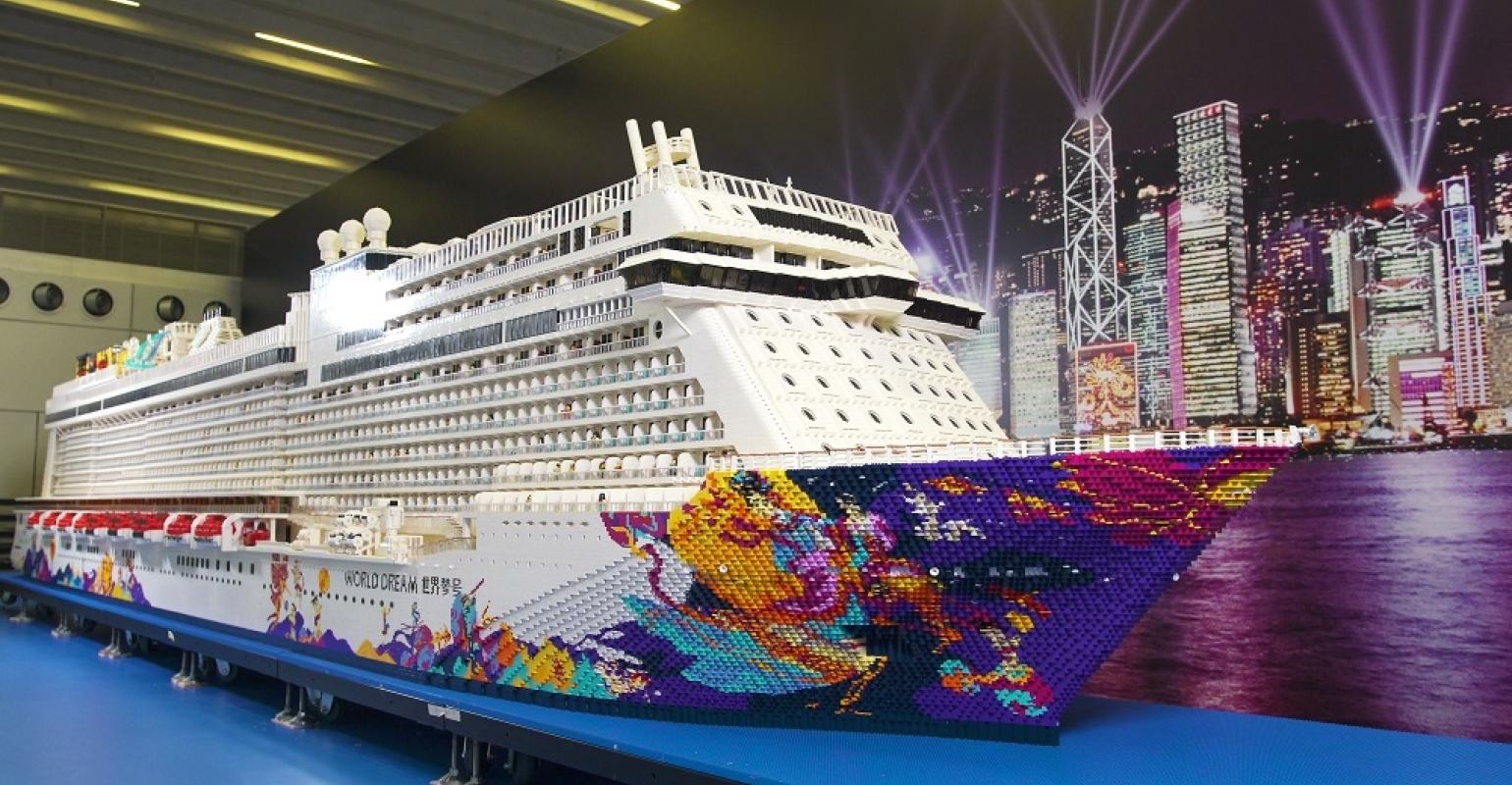 The 8.44mtr replica of World Dream contains over 2.5m LEGO blocks
Ahead of World Dream’s naming in Hong Kong on November 17, Dream Cruises launched a #TogetherWeBuildDreams campaign, which engaged cruise enthusiasts from around the world to build a large-scale replica of World Dream, in attempt to break the current world record of the largest LEGO ship.

After two months of effort, the giant ship model, collectively built by over 1,000 cruising guests, members of the public, as well as Andy Hung and Legend Creative, the first LEGO Certified Professional in Greater China region and his team, was officially unveiled at Kai Tak Cruise Terminal Wednesday.

Prior to verification by the official Guinness World Records adjudicator, VIP guests completed the model by placing the final LEGO blocks onto the ship, symbolizing the collaboration between Dream Cruises and the citizens of Hong Kong to set the new world record.

The unveiling of the World Dream ship model also served as the kick-off for the festivities surrounding World Dream’s inaugural and christening in Hong Kong.

Kent Zhu, president of Genting Cruise Lines said, ‘It is with great excitement with which we anticipate the inaugural launch of World Dream and make history as the first-ever cruise ship to be christened in Hong Kong. Today we celebrate the first milestone achieved by World Dream – the successful breaking of a Guinness World Record, an honour that we share with cruise enthusiasts from around the world who joined us as we turned this dream into reality.’

The 8.44mtr replica of World Dream contains over 2.5 million LEGO blocks and will be on public display at Hall B, 2/F of Kai Tak Cruise Terminal from Sunday onwards.

World Dream will start sailing from Hong Kong on November 17 and from Guangzhou, Nansha on November 19, on two weekly alternating 6-day/5-night itineraries to destinations including Boracay and Manila in the Philippines and Ho Chi Minh and Nha Trang in Vietnam, as well as 3-day/2-night weekend cruises from Hong Kong in the South China Sea.