Dream touted as 'Asia's Global Cruise Line,' but new ships in the works for Star, too 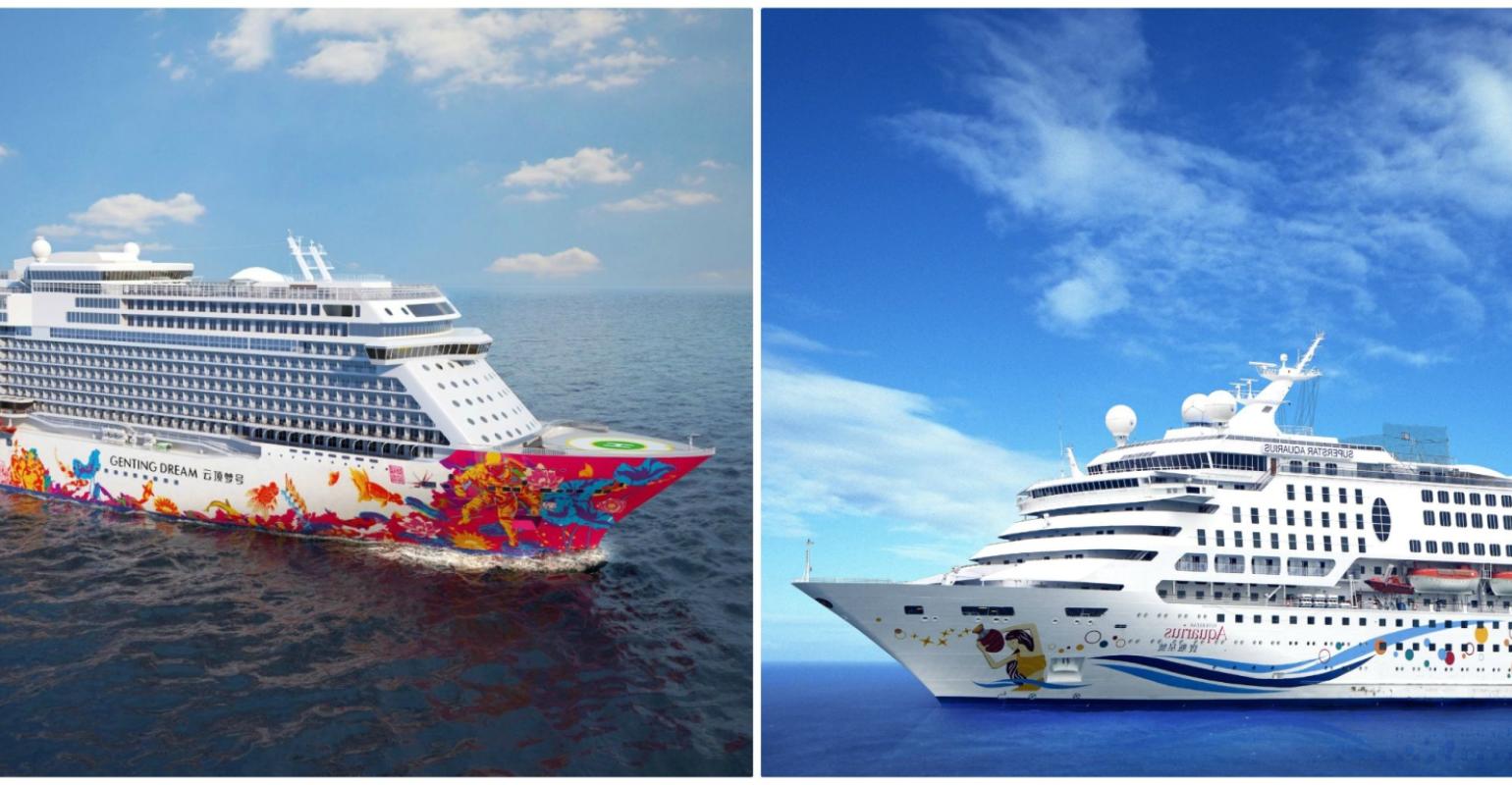 Genting Dream, left, and SuperStar Aquarius
Genting Hong Kong is evolving to capture a larger share of its booming home market, increasingly pinning hopes on its newest brand with the Global-class newbuilds going to Dream Cruises. But on Thursday, the company disclosed it is starting to design a new class of ships for Star Cruises to 'replace the current fleet in the coming years.'

Earlier this month, Genting HK revealed the 204,000gt Global-class newbuilds at MV Werften will sail for Dream—not for Star Cruises, as originally announced.

Moreover, at the steel-cutting Genting HK chairman and CEO Tan Sri Lim Kok Thay said the Global-class ships would spend summers cruising from China's Shanghai and Tianjin but venture far afield the rest of the year, to the ASEAN region, Australia/New Zealand and California.

'About a billion people in Asia will reach middle-class status by 2030 and they have the disposable income to travel and cruise. In addition to boarding from nearby homeports, Asians who are traveling to other regions such as Australia/New Zealand, Europe and the Americas will increasingly consider cruising as the more comfortable and convenient alternative to a land vacation,' Genting HK said in reporting 2017 results.

The company characterized the brand as 'very well received in the Asian market,' pointing to bevy of awards like 'Best New Cruise Ship' for Genting Dream at last week's TTG China Travel Awards 2018 Gala Ceremony in Shanghai. Further, Dream Cruises is 'performing well' with improving occupancies and net yields in both the Hong Kong/Guangzhou and Singapore markets.

Where does this leave Star Cruises?

Occupanies and yields at Genting HK's original brand have been under pressure due to the arrival of competitors' new and larger ships, causing smaller, older vessels to reposition to ports where Star operates, the company said.

Yet Genting HK sees the situation improving with this year's projected 18% capacity decrease in China. It's unclear whether that includes SkySea Golden Era, which will be leaving the market in late August as Ctrip and Royal Caribbean Cruises Ltd. end their joint venture.

Star Cruises is positioned as 'The Most Popular Cruise Line in Asia.'

SuperStar Virgo is scheduled to sail mainly from Shanghai and Manila, with shorter deployments in Taiwan, Dalian, Tianjin and Qindao. SuperStar Aquarius will continue operating from Keelung, while SuperStar Gemini will sail mostly from Xiamen, and from Keelung during the winter.