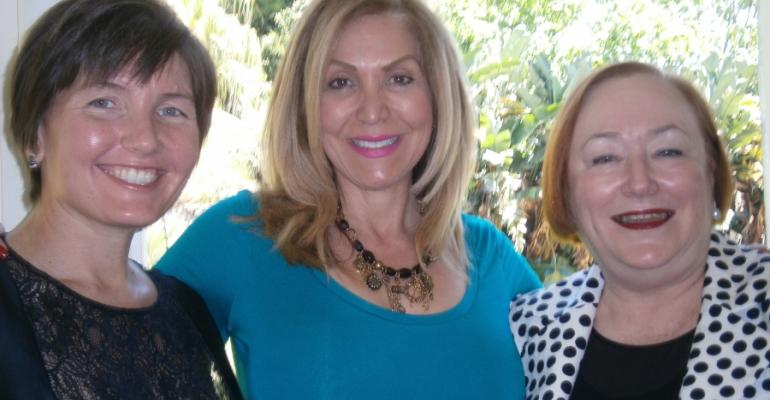 Edie Rodriguez is making a whirlwind visit to Australia for the first time since becoming president and coo of Crystal Cruises last October.

Rodriguez attended the annual Cruiseco conventions in Canberra in 2010 and Port Douglas in 2012 and in July 2013 called on key cruise sellers Down Under in her role as svp sales and marketing for Azamara Club Cruises to promote the company’s open bar policy introduced earlier that year.

She arrived in Brisbane on Monday and has been to the Gold Coast and Melbourne. She co-hosted a media lunch in Sydney today at the exclusive Chiswick Restaurant in Woollahra with Crystal’s gsa for Australia and New Zealand, Diane Patrick of Wiltrans International. Tonight they will host a cocktail party for repeat passengers before Rodriguez returns to Los Angeles tomorrow.

Rodriguez said there are long wait lists for the Crystal product and her vision is to grow the brand.

‘We can build in a myriad of ways. We could have a new shipbuild that might take three years to deliver or we could refresh others to make them look and feel like Crystal.

‘I hope by the end of the year to have some exciting announcements to make.’