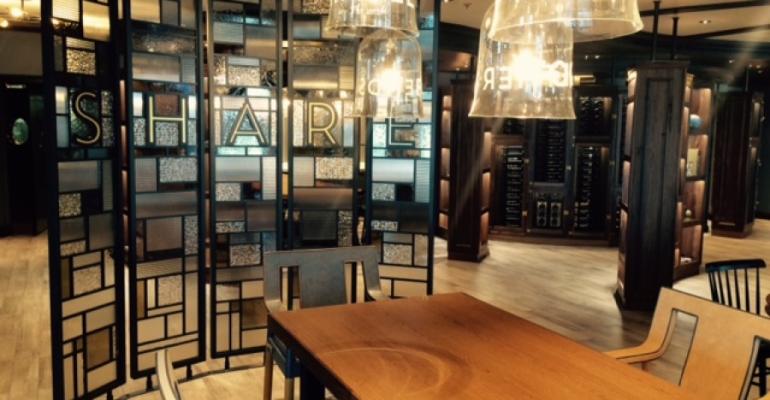 Emerald Princess emerged from a two-week refurbishment with the new restaurant SHARE by Curtis Stone, a Salty Dog Gastropub and more connecting accommodations thanks to the installation of 200 connecting doors on 100 staterooms.

The work was completed at Grand Bahama Shipyard.

Also introduced on Emerald Princess is the Salty Dog Gastropub that pairs gourmet small dishes such as a rib eye burger, beef ribs and pork cheeks with craft beers, cocktails and wines. The Gastropub only appears on two other Princess ships.

Besides the transformation of rooms into connecting accommodations that better serve families, all staterooms received the new Princess Luxury Bed.

The fitness center got new equipment and weights.

Emerald Princess is sailing Caribbean cruises from Port Everglades this season. The ship will operate from Southampton in spring and number with voyages to southern and northern Europe, then is scheduled to replace Diamond Princess in Australia in late 2016.

Emerald Princess will reposition Down Under on a cruise that sails from Southampton Sept. 28. The ship is to operate from Sydney November 2016 to April 2017.