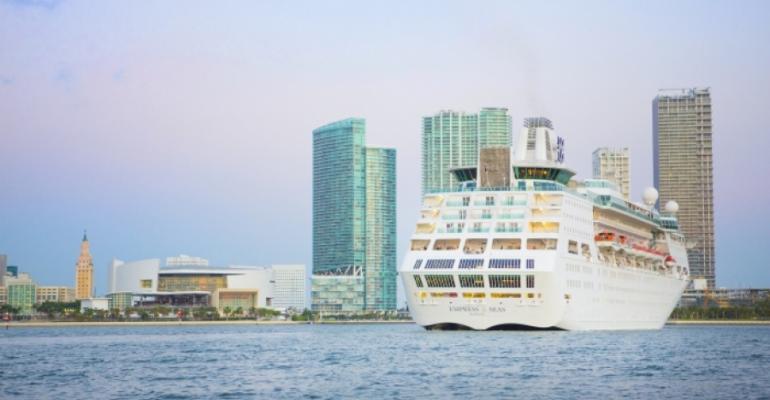 Empress of the Seas, the ship Royal Caribbean officials have said they hope will be able to serve Cuba, has arrived to its new homeport, Miami, after a $50m revitalization.

Plus, the ship now has Voom, Royal Caribbean's super-fast Wi-Fi.

Empress of the Seas is scheduled to sail May 27 to Royal Caribbean’s private island, CocoCay, and Nassau. After that, it will operate four- and five-night getaways to Nassau, Cozumel, Costa Maya and Key West. Longer stays at every port will distinguish the itineraries and, on select five-night cruises, the ship will overnight in Cozumel.

These itineraries are published through July. Royal Caribbean awaits approval from Cuban officials to sail to the island.

Empress of the Seas was introduced as Nordic Empress in June 1990. The 48,563gt vessel spans nine decks and has double-occupancy capacity for 1,602 passengers.