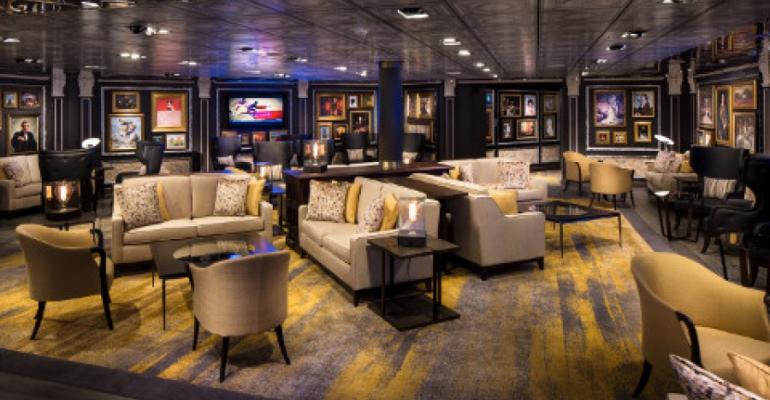 The work was carried out during a 14-day drydock in December.

Eurodam also is the first HAL ship to undergo extensive enhancements to its suites as part of a $300m brand enhancement initiative announced in November.

Billboard Onboard involves two pianists, a guitarist and a DJ who take turns performing shows centered around music industry facts and figures, as chronicled by Billboard. Between the nightly sets and songs, passengers can sing and play along with trivia questions presented on screens throughout the room.

Oosterdam is scheduled to receive these venues during its April drydock, and other Vista- and Signature-class ships will get the additions over the next few years.

Eurodam houses the line’s first Gallery Bar, a sophisticated space that serves an exclusive cocktail menu by celebrity mixologist Dale DeGroff. The bar replaced the Northern Lights venue. It's adorned with an eclectic and whimsical mix of artwork. The Gallery Bar will be introduced on Nieuw Amsterdam, Noordam, Westerdam, Oosterdam and Zuiderdam by May 2018 as the ships enter their respective drydocks.

The new Lido Market concept provides themed stations offering grab and go selections and fast made-to-order dishes, from classic comfort food to international fare to custom-made salads. Service was enhanced with coffee, juices, water and iced tea served tableside, and in the evening the tables have an upgraded setting with placemats, glassware and cutlery.

New York Pizza, which debuted on Nieuw Amsterdam, offers five Big Apple-themed thin-crust personal pizzas made to order in less than 10 minutes, plus the option to select toppings from an extensive list. After ordering, diners are given a pager to alert them when their pie comes out of the oven.

Suite bathrooms also received a makeover, with designer glass tile forming the backdrop to a refreshed vanity area. Other enhancements are contemporary mirrors with integrated LED lighting, stylish floor tiles and a nightlight.

A new interactive television system was installed throughout the ship, featuring large LED flat-screen televisions with free movies on demand and access to the daily program and shipboard information including restaurant overviews, spa services and guest billing.