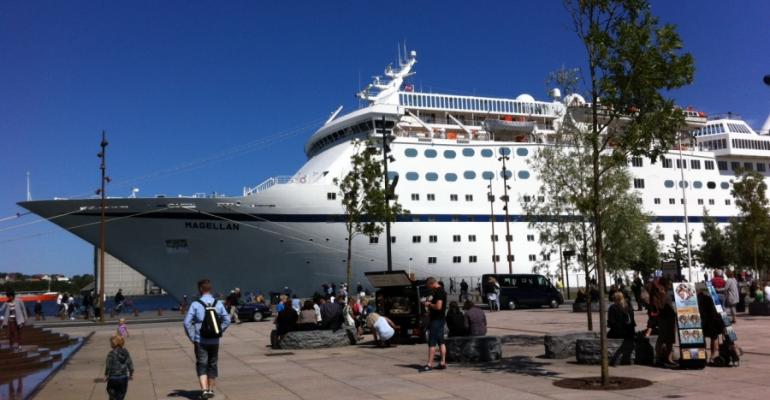 The cruise industry’s economic output in Europe reached €40.95bn (£32.22bn) in 2015, up 2% on the previous year, and an all-time high according to latest figures released by Cruise Lines International Association.

The direct expenditures generated regionally by the industry reached €16.89bn (£13.39bn) up from €16.6bn (£13.17bn) in 2014 highlights the annual European Economic Contribution Report.

10,000 new jobs were created across Europe, with 360,571 now employed in cruise and cruise-related businesses. Wages and other benefits for European workers reached €11.05bn (£8.72bn).

Pierfrancesco Vago, chairman of CLIA Europe and executive chairman of MSC Cruises said, 'The cruise industry continues to make significant contributions to Europe’s economic recovery.' he added, 'The impact is clear. More Europeans are choosing a cruise holiday, more cruise passengers are choosing Europe as a destination, and more cruise ships are being built in European shipyards. This translates into great economic benefits for the entire continent, including coastal areas that were hit disproportionately hard by the economic downturn.'

In the report's foreword, vago wrote: 'Over the past year, the number of passenger embarkations from Europe has also grown, by an impressive 4.6% reaching a total for 2015 of 6.12m. This included more than one million cruise passengers from outside Europe.

'Europe's shipyards continue to dominate the orderbook and in 2015 cruise lines spent a total of €4.6bn in Europe on the construction of new cruise ships and the maintenance and refurbishment of existing ships, 1.2% more than in the previous year.

'Additionally, European shipyards are currently under contract to build 48 cruise ships, compared to 27 last year, with a combined value of €27bn.'

The cruise industry’s direct contribution to the British economy including items such as goods and services purchased by cruise lines and the salaries of their employees, grew by 3.3% making it the highest on record.

Employment in the UK cruise industry grew by 4.1% to 73,919 jobs and accounted for 20% of the market share in Europe.

An estimated 16,397 of this total were directly employed by cruise lines and earned €605m (£479m the equivalent of 22% of the total compensation impacts for Europe.

The port of Southampton has maintained its position as the number one embarkation and disembarkation port in Northern Europe, with a total of 1.75m passengers passing through in 2015. It was another successful year for British ports overall; in total over one million UK and international passengers visited a British port during a cruise, a figure that has more than doubled in six years.

'The figures released today bear testament to the cruise industry’s contribution to the UK economy. Cruise may have once been considered a travel niche but the multi-billion valuation shows that cruise is a major player within the travel sector' said Andy Harmer, CLIA Europe vp operations.

He continued: 'The success of the global cruise industry is set to continue with 50 ships scheduled for delivery between now and 2019, of which 48 will be constructed in Europe.'

Harmer remarked, 'The ability to maintain continued growth has been the result of decisive investments by cruise operators in innovation and constant improvement. 2015 was no exception, with a number of significant developments for the UK cruise market including the naming of P&O Cruises’ Britannia by Her Majesty The Queen; Cruise and Maritime Voyages introducing Magellan and Royal Caribbean’s new ship Anthem of the Seas joining the world wide fleet.'