Event marking QE2’s 50th anniversary is a sell out 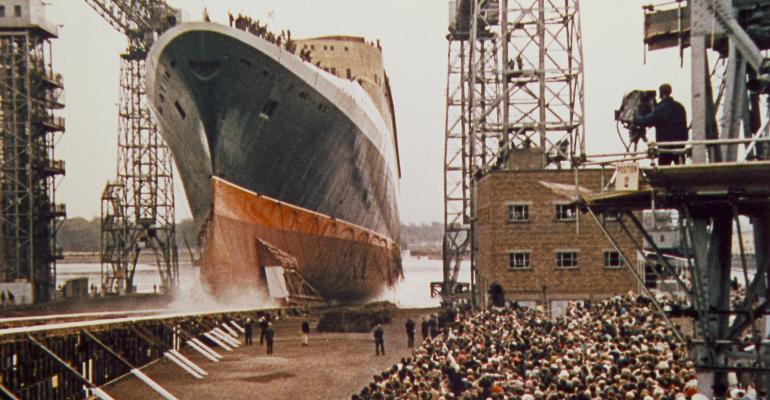 Queen Elizabeth 2 was launched by Her Majesty The Queen on September 20, 1967 and, although QE2 retired to Dubai in 2008 after a Cunard career spanning almost 40 years, enthusiasm for the ship, her career and her legacy remains as strong today as it was in the 1960s when construction of the ship took place.

A conference has been organised by the QE2 Story Forum which is an online forum dedicated to keeping the story of the ship alive and will be attended by members of the Forum, maritime enthusiasts and members of the public. Several speakers will share different key aspects of the ship’s career. Some of those attending witnessed The Queen launching the ship.

All 200 tickets for the conference sold out some weeks ago, informs the organisers.

Rob Lightbody, who established the QE2 Story Forum in January 2009 and ran one of the very first websites to feature QE2 in the early 1990s, said: ‘Although it is almost 10 years since QE2 left the UK for a new life in Dubai, the interest in, and passion for, all things QE2 continues to make this ship one of the most beloved ever to be built. This milestone anniversary is a unique opportunity to gather and celebrate a maritime legend as well as to remember the Clyde’s shipbuilding past and its place in the world.’

QE2 sailed over five million nautical miles, more than any other ship ever, completed 25 full world cruises, and crossed the Atlantic over 800 times. In 39.5 years of service, QE2 carried almost 2.5m passengers, called at New York 710 times and called at Southampton 726 times.