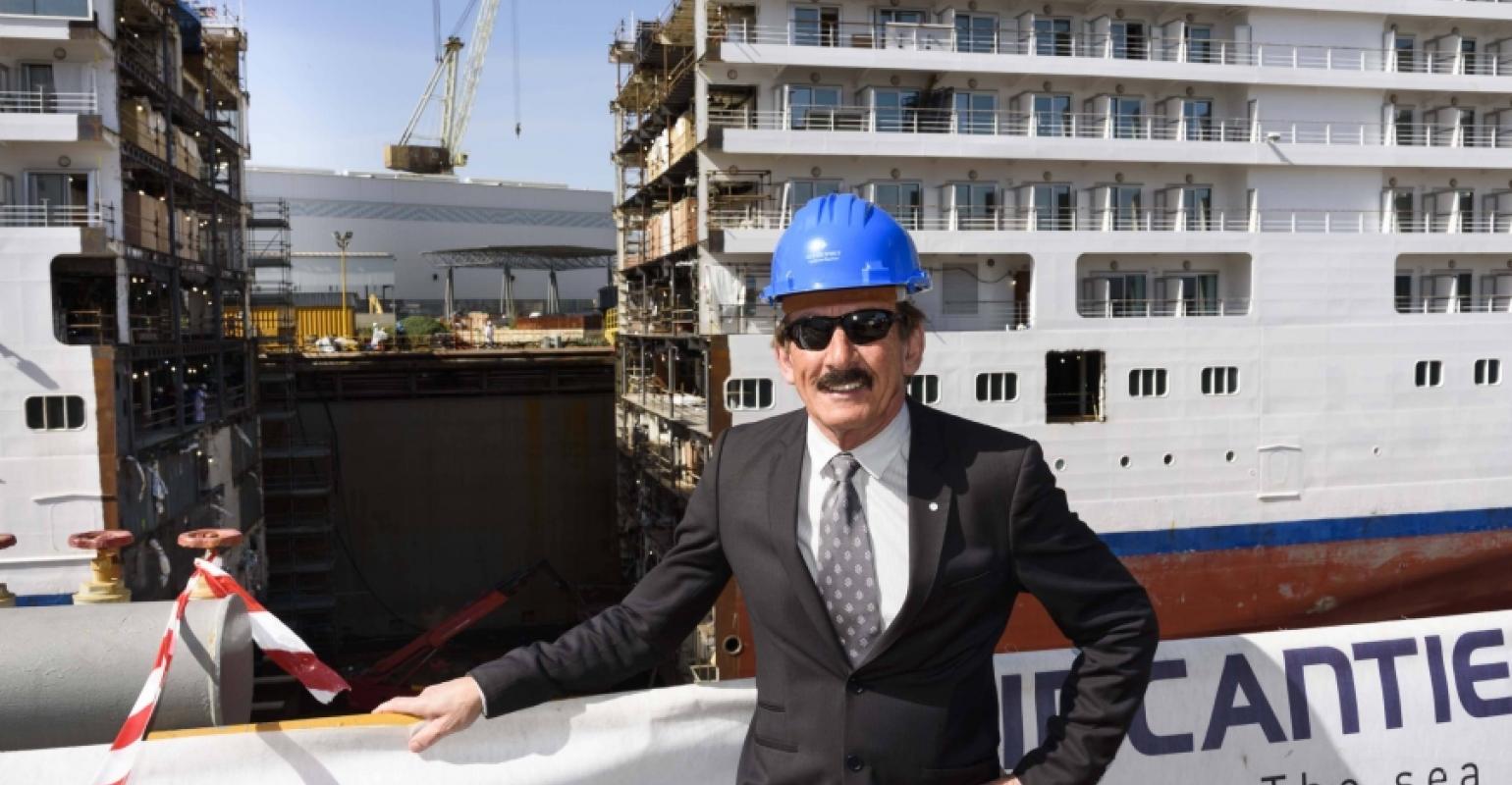 Christian Sauleau is pictured at the lengthening of Silver Spirit in 2018
One of Silversea Cruises' most senior executives, EVP fleet operations Christian Sauleau, has left the company, Seatrade Cruise News has confirmed.

He oversaw marine, technical, hotel, crewing and entertainment, based in the Monaco headquarters.

Sauleau's exit is believed related to a new organizational structure being crafted subsequent to Royal Caribbean Cruises Ltd. taking a two-thirds stake in the luxury line.

Sauleau spent more than 20 years in total at Silversea, most recently since September 2017, when he returned to the job he held there before decamping to Crystal Cruises for a year as SVP operations and total guest satisfaction.

Sauleau has had an extensive career in luxury cruising. Starting in the mid-1990s, he was instrumental in developing Silversea's reputation for personalized service and hospitality. He has overseen the construction and launch of several newbuilds and last year managed Silversea's first ship lengthening, of Silver Spirit.

At past companies Sauleau also oversaw newbuilding and facilitated innovative partnerships and on-board offerings with the likes of the prestigious Le Cordon Bleu culinary school in Paris and with the late, legendary chef Paul Bocuse. Other endeavors included a partnership with Jean-Michel Cousteau’s Ocean Futures Society to offer the Ambassadors of the Environment program for young travelers.