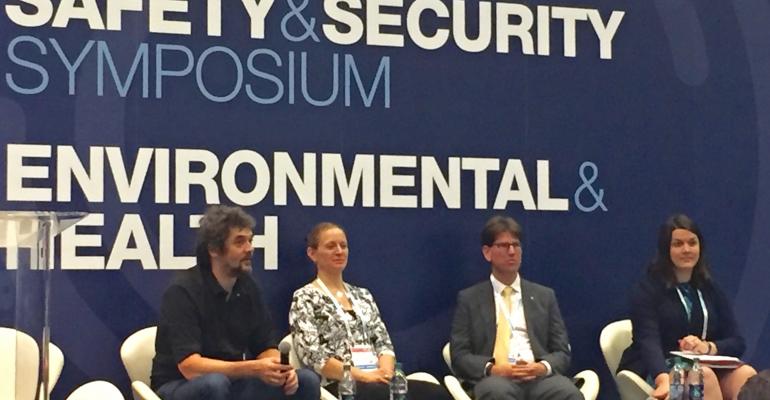 As experiential vacations become increasingly popular with today’s adventure-seeking travelers, polar and expedition cruises to remote destinations around the globe are becoming the latest hot trend in travel.

But as consumer demand for these far-flung and relatively untouched landscapes takes off, cruise operators have to work to strike a balance between discovery and preservation to safeguard the earth’s most prized natural resources.

That was the consensus of cruise industry executives during Tuesday's panel discussion on 'Polar and Expedition Cruising Stewardship' at Seatrade Cruise Global.

Also at risk when traveling to remote and extreme-cold weather destinations such as the Arctic and Antarctica is the safety and security of the ship and its passengers.

'It’s an iceberg of responsibilities,' said Nicolas Dubreuil, director of expedition cruises and corporate expedition leader with French cruise line Ponant, who has led more than 150 expeditions in the polar regions. 'You have to have the proper ships to go. These ships have to be secure as the polar area is very, very risky.'

Overexposure to the harsh elements also poses a danger.

Striking that delicate balance often involves years of advance planning, legwork and paperwork as well as outreach to the area’s indigenous people to determine an expedition’s environmental impact and feasibility, Dubreuil noted.

'The most important thing to do is to scout the area years before,' he said.

Early risk assessments and scouting are musts to determine whether a destination can realistically accommodate a vessel’s size and support large groups of passengers landing.

It took Crystal Cruises more than three years of planning before launching its inaugural 32-day journey through the Northwest Passage in the Canadian Arctic aboard Crystal Serenity on Aug. 16, 2016, noted Capt. Ben Lyons of Expedition Voyage Consultants.

The British Isles-based expedition outfit worked with Crystal to execute aspects of the milestone sailing, including coordinating shore excursions and hiring an escort vessel with two helicopters that also had experience operating in polar conditions.

That extensive planning involved feasibility studies of ice conditions to forecast the best time to cross the Arctic region and scouting trips to visit indigenous communities to gain an invitation from them to visit, Lyons noted.

'You have to strike this balance between helping the communities [and] also not destroying what everybody is going to see,' Lyons said.

To help preserve the natural integrity of largely uninhabited polar regions such as Antarctica, the International Association of Antarctica Tour Operators has been working since 1991 to advocate and promote safe and environmentally-responsible private-sector travel to the ice-covered land mass, noted Lisa Kelley, its head of operations.