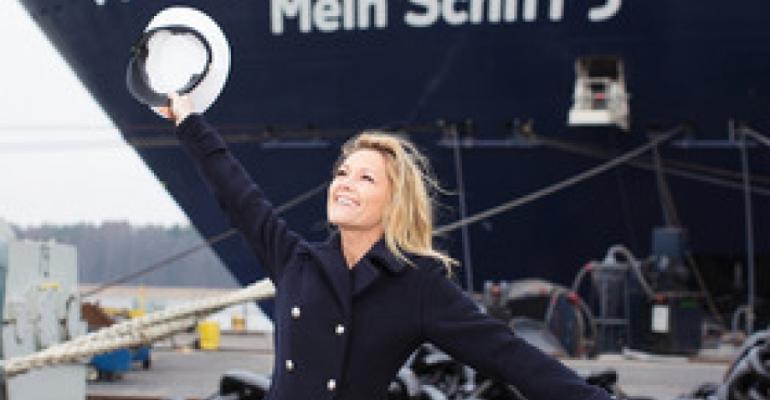 Singer Helene Fischer will be the godmother of TUI Cruises' first newbuild
Mein Schiff 3 will be a 'dramatic addition to the German scene,' in the words of Royal Caribbean chairman and ceo Richard Fain.

The ship, currently on sea trials, is 'spectacular,' Fain told analysts during Royal Caribbean's earnings call Thursday. He added that Mein Schiff 3 is not getting the attention it deserves stateside—presumably from the investor community.

It is also the first cruise vessel to be built (not retrofitted) with an exhaust gas scrubber. The 99,700gt Mein Schiff 3 has 2,500 lower berths.

The June 12 naming festivities in Hamburg are dubbed 'Diamond Meets Pearl' since Mein Schiff 3 has a distinguishing diamond-shaped architectural feature at the stern and Hamburg is known as 'the pearl of the Elbe River.' Singer Helene Fischer is the godmother.

TUI Cruises is a joint venture between Royal Caribbean and TUI AG.